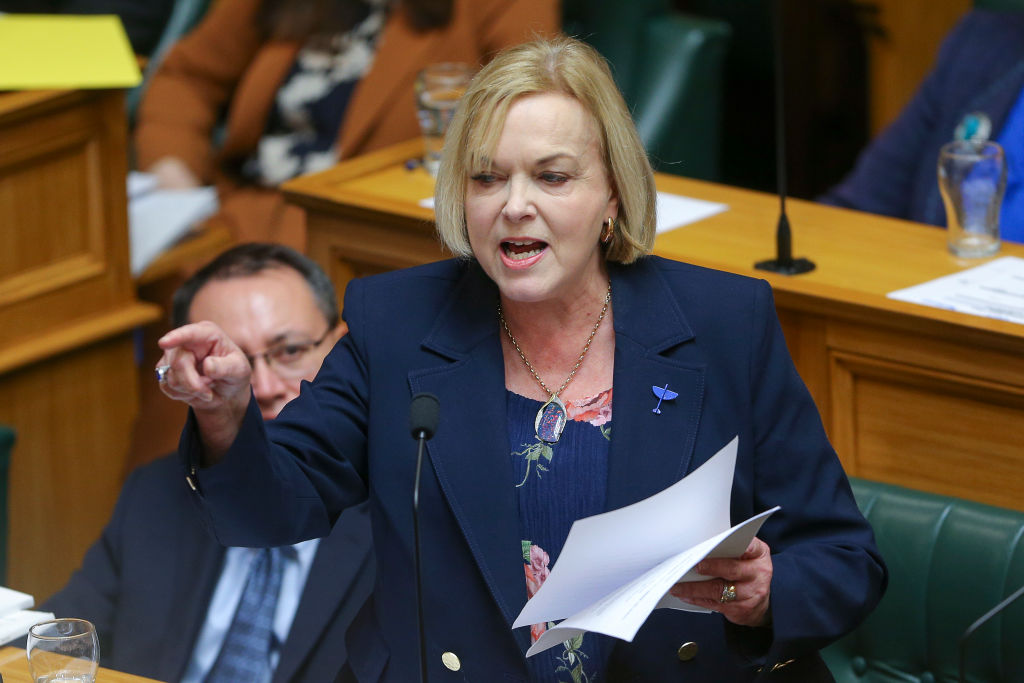 Collins said the government had no confidence in growing the economy and jobs, and that was why benefits were going up.

"We realise that the cost of living has gone up under this government, unfortunately quite a lot of that is around housing costs and a lot of that is actually being driven by the government's own quite knee-jerk reaction towards people who provide housing to other people. I think unfortunately many beneficiaries will be absolutely be needing something, and our focus would've been on building jobs and getting them into work."

She said New Zealand businesses had been focused on making the best out of what little they had.

"When you look at health, it's about half a billion dollars going into setting up a restructure of the health system without any particular reason to believe it will have better outcomes. At the same time, only $200m extra for Pharmac and that's actually not much when you talk about the cost of drugs and the cost of cancer drugs in particular.

"If we can get these drugs often, the cancer drugs in particular, with people early enough, we can actually save their lives and save all the other distress that goes with people with severe illnesses."

Collins said they did not want to see people unable to feed their children.

"The trouble is most of the things the government is talking about today is actually predicated on more people on benefits, such as more food in schools, more of these sorts of things, rather than saying we've got a plan to get New Zealand going and a plan to get people into higher skilled higher-paid jobs."

National MP Michael Woodhouse said the real disappointment in this Budget was the lack of job creation that would keep people out of poverty.

"The really important thing is not to put the ambulance at the bottom of the cliff but to prevent people from falling off the cliff in the first place."

"And the deeply disappointing aspect of the health appropriation is that they're actually putting significantly less into DHBs this year than they have in the last two years, it looks like they're taking the money out of the DHBs to fund the restructure, that means instead of paying for things like cataracts, cancer treatment and hip replacements, they're paying it on the bureaucrats to restructure the deck chairs. I think this is a damning indictment on this government."

Collins said she suspected the accommodation supplement would just get even higher.

She said they would not have cut funding for police in Corrections or remove funding to get prisoners into work when they leave.

Collins said working people missed out in this Budget.

"I think people who work for living, pay their own bills, who work two or in some cases two or three part-time jobs, I think they missed out hugely.

"What we saw is quite a big increase for benefit payments, but actually at the same time, our nurses who actually did the work around Covid are being told they can't get a pay rise for another three years, so I actually thought it was a bit of a slap in the face for working people."

Judith Collins is so far out of touch with everyday New Zealanders that I am surprised her opinions are even been reported any more. That said, she continues a long and enduring National tradition of demonizing those in unfortunate circumstances and at the lower margins of the economy. The sooner she learns it's not helpful, and most certainly is not "Christian", a cloak she seems to have only recently pulled from her closet, the better!

Remove the red paint fRom your house and glasses.
I'm one of the working class, and I despise this governments lack or respect for the tax payers that fund their virtue signalling rubbish.
What's religion got to do with her arguments?
It makes yours not worth reading.
Religion and politics have a restraining order on each other for a reason

It's a touchstone to mores of civilisation to which you may be unaccustomed.

It seems rents may rise with benefits. The only option is rent control.

Crusher's doing her best but it ain't cutting the mustard.
Her problem is that she has no credibility, none at all.
The public of NZ remembers that poverty levels in NZ over the 9 years of the last national govt, of which she was a senior member, increased at a greater level than ever before in our history.
The public knows she doesn't giver a tinkers what's it about the working class of this country. Look at the poll numbers, they tell the story.