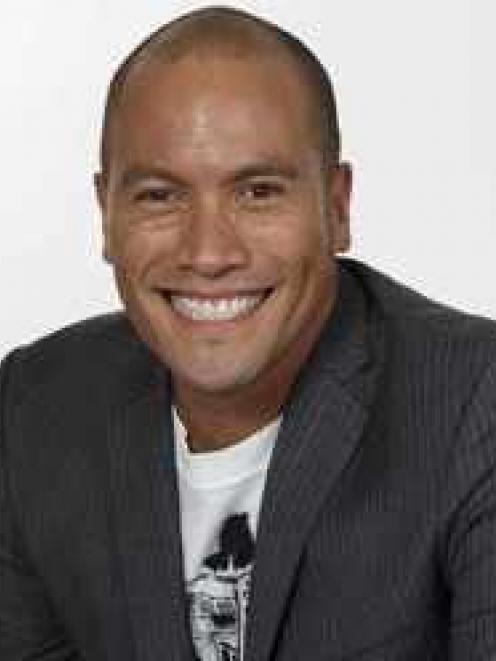 Tamati Coffey
Labour's broadcaster-turned-candidate Tamati Coffey is working overtime to convince voters he has political substance to go with his familiar face.

The former Breakfast weatherman and New Zealand's Got Talent host appeared to be more recognisable to the public than his leader David Cunliffe on the streets of Rotorua yesterday, earning kisses and car toots wherever he went.

But Mr Coffey said he was still being pigeon-holed as a television personality.

"That's my challenge, to actually get out and talk to people and show them there was this whole other guy before I was the TV guy. I was the guy who was the president of the students' association and highly political at university and worked for the regional council. I was on this road well before I was in TV."

He joined in with a haka at Rotorua Primary School, but could not coax his leader to join him.

Mr Cunliffe did, however impress some by speaking semi-fluent te reo for the first two minutes of his speech.

The local MP for National Todd McClay should start "thinking about life as a list MP", Mr Cunliffe said.

That result would be a huge upset. Mr McClay was easily re-elected for a second term in 2011, and National nearly tripled Labour's party vote in the electorate.

The primary school kids could barely stay seated when Mr Cunliffe promised them all personal digital devices if he was elected.

Unfortunately for Mr Cunliffe, only a handful of the people in the assembly hall could vote.