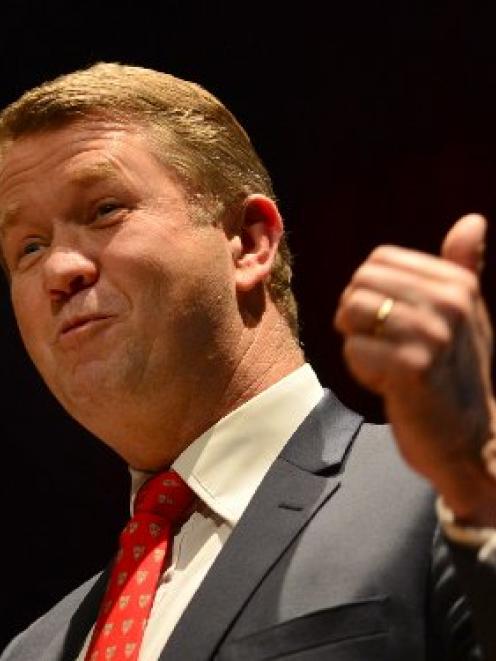 David Cunliffe
Labour leader David Cunliffe says he is open to overhauling the Reserve Bank and it would not be a radical change for an independent committee to set interest rates.

Under the current legislation, the Reserve Bank governor is solely responsible for setting the official cash rate (OCR).

However, Mr Cunliffe said today he had an "open mind" about whether the OCR should instead be set by a monetary policy committee.

He told TV3's The Nation there were some good arguments for a monetary committee - including that a range of views would be on the table when decisions were made.

Mr Cunliffe said the matter was being considered by Labour's shadow finance minister, David Parker, and any decisions would be signalled before next year's election.

One point of detail to consider was whether the committee should have external members representing the likes of unions and exporters.

"If you had someone like a leader of one of the main business lobbies or a manufacturer or an exporter, then they would have a first-hand understanding of the impact of overvalued exchange rates on exporting, which is a critical issue for New Zealand."

He denied a monetary committee would be a radical change, saying it would still make independent decisions subject to the objectives of the Reserve Bank legislation.

"We'll make good policy in the interests of New Zealand. All I'm saying is that it's perfectly possible to have the independence of the Reserve Bank enshrined whether it is a single governor or a monetary policy committee assisting the governor.

"That is not a particularly radical change."

Labour has already signalled it would make first-home buyers exempt from the Reserve Bank's new lending limits, introduced this month, until its capital gains tax and low-cost housing policies came into effect.

Mr Cunliffe said he believed in the bank's independence, but added he would refine its policy targets to make it clear it should have regard to government housing policy.

- By Matthew Backhouse of APNZ