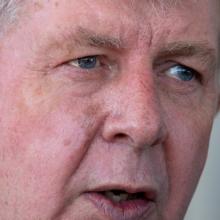 Foreign Minister Murray McCully announced Williamson will be the Consul General in Los Angeles after Williamson announced in July he was not standing again in 2017.

Williamson's start date was not given but a spokesman for Prime Minister John Key said there would not be a byelection in Williamson's Pakuranga electorate.

To avoid that, Williamson must remain in Parliament until at least six months before next year's election.

Williamson, who has been an MP since 1987, follows in a long line of politicians appointed to diplomatic postings.

NZ First leader Winston Peters has criticised the suitability of some appointments as a ``broracracy'' saying he would demand some were recalled if he was part of the Government after 2017.

Williamson is a technology buff and McCully said his role would be to engage with US investors and innovators to promote New Zealand policies and exporters.

``California and other western states of America are major export markets for New Zealand and important investment partners, particularly in added-value food and beverage and technology. The United States is New Zealand's largest market for intellectual property-based exports, and those exports will continue to grow strongly.''

In May 2014 he resigned as a minister after admitting he had contacted Police about an investigation into Chinese businessman Donghua Liu, but denied trying to influence that investigation. His irreverent sense of humour has also sometimes got him into strife.

McCully also announced Rachel Maidment, a former diplomat who has a consultancy for the Asia market, as next Consul-General in Guangzhou, China.

McCully said Guangzhou was one of the main gateways for New Zealand's trade with China and a major source of tourists and investors.''

Diplomat Karena Lyons will be the next Consul-General in Hawaii as well as Ambassador to the Federated States of Micronesia, the Republic of Palau and Republic of Marshall Islands.

McCully said Lyons would be responsible for managing development, fisheries and disaster risk management in the northern Pacific.

``As the home of the United States Pacific Command, Honolulu is the focal point for US engagement in the Asia Pacific region.

Lyons will take over from Jim McClay who has been acting consul general in Honolulu since his role at the UN in New York ended.