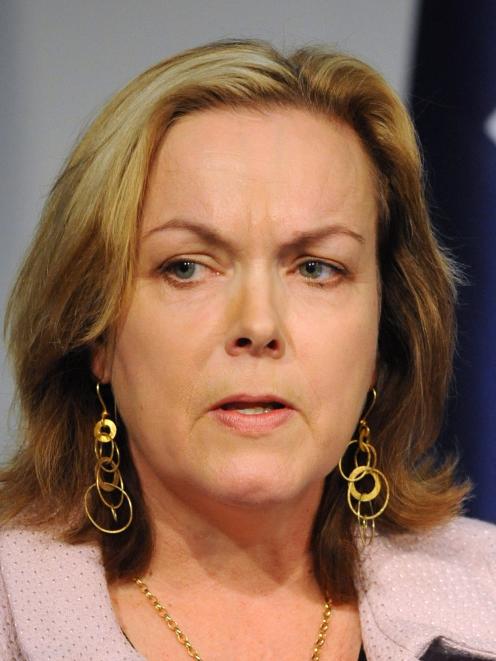 Judith Collins
National MP Judith Collins says she is "very pleased" by what she described as a thorough inquiry, after a report into Dirty Politics allegations found no evidence the former justice minister acted inappropriately.

But she says she's been "let down".

Ms Collins resigned her ministerial portfolios in the lead-up to this year's election after an email emerged that appeared to link her to a blog campaign to undermine former Serious Fraud Office boss Adam Feeley.

The inquiry found that while Ms Collins had provided information about Mr Feeley to WhaleOil blogger Cameron Slater, "there was nothing improper about the provision of this information".

Ms Collins said it was up to the Prime Minister whether she was ever reinstated as a Minister.

"I feel this chapter of having to deal with these allegations is now closed. I feel very firmly that I acted appropriately and within my ministerial responsibilities."

Asked about her relationship with Mr Slater now, she said Mr Slater had made some big mistakes. She did not believe he had intended to do her harm "and he has apologised".

The report said that in her interview with the inquiry, Ms Collins claimed Slater had made up his comments about her "gunning" for Mr Feeley.

Justice Chisholm noted that Ms Collins believed Slater had misinterpreted her "really bad mood" as being aimed at Mr Feeley when it was actually frustration with Mr Slater's blog posts.

Quoting from Ms Collins' evidence to the inquiry, Justice Chisholm wrote "Ms Collins believed that it suited Mr Slater's story to tell his friends "that he has great contacts and he can do whatever he likes and, you know, he can be the added member of their team. That's the way I see it. And he's using my name to do it."

Slater also said he was "overegging a casual conversation" and told the inquiry Ms Collins had not directly said she wanted Mr Feeley to go - rather he had picked it up from "her tone."

"She was expressing to me her feelings, I guess, and I was getting those from her tone, that she was displeased."

Justice Chisholm listed information he believed had passed between Slater and Ms Collins, including on the topic of the Bridgecorp champagne bottle matter being passed to the State Services Commission, Slater's blogs attacking Mr Feeley and his change of stance, the media controversy over it and political matters in light on the coming 2011 election. However, he said it had not been inappropriate of Ms Collins to have done so.

He said it would have been "very surprising" if Ms Collins' decision to refer the matter to the SSC and Slater's blogs on the issue had not been discussed by the pair and one long phone conversation had taken place soon after Slater's blog went up.

"The blogs were already in the public arena and the minister was undoubtedly entitled to raise these matters with Mr Slater, especially when she was politically accountable for any fallout. Whether or not she was wise to to do so is beside the point."

He said he was unable to find any evidence she had expressed a view Mr Feeley should be sacked.

"On the other hand, I do not accept that Ms Collins said anything that justified Slater's emails stating she was livid with Mr Feeley, was gunning for him, wanted information about him, had added the staff turnover issue to the matters to be investigated by the State Services Commissioner, or was 'on a trawl' for information."

He said while Ms Collins was undoubtedly "upset and disappointed" about the champagne bottle, she had maintained a public silence after forwarding it to the OIA and had been publicly supportive of Mr Feeley after the SSC reported back.

Today Mr Key released the findings of the inquiry, saying he received the report yesterday and wanted to get it out at the earliest opportunity.

"I am pleased the report shows no evidence that Ms Collins acted inappropriately."

He also said he would recommending to the Governor-General that Ms Collins be granted use of the title "The Honourable" for life."

One group comprised current and former staff at the SFO. The other group was made up of Mr Slater, Hong Kong-based Cathy Odgers, and lobbyist Carrick Graham.

"Except for her association with Mr Slater, Ms Collins was not involved in the activities of these groups," the report said.

The email which was provided to Mr Key's office and led to Ms Collins' resignation was "incompatible" with other evidence presented to the inquiry.

"There is no probative evidence that Ms Collins undermined or attempted to undermine Mr Feeley. The implication that she was so involved is untenable."

In a statement today, Mr Feeley said he was pleased the inquiry had been undertaken and with the outcome ''especially given the unprecedented level of speculation, criticism and comment around investigations into the collapse of finance companies - much of which bore little truth to reality''.

''At the commencement of this inquiry I said that the public could be confident that the Serious Fraud Office (SFO) always acted with integrity and was not influenced by political, public or media views. I am sure that they will be reassured that this inquiry confirms that position."

Mr Key said yesterday that Ms Collins would not immediately be reappointed to the front benches if she was cleared but "it would certainly assist in enabling her to come back".

"I've fixed my Cabinet now and I don't have a spare spot and that's the harshness of what goes on."

Ms Collins resigned from Cabinet in August after an email was revealed in which her name was linked to a smear campaign against Mr Feeley run by Mr Slater and other parties linked to former Hanover director Mark Hotchin.

Mr Hotchin was at the time under investigation by the SFO.

At the time Ms Collins had responsibility for the SFO and in the email Slater claimed she had been "gunning" for Mr Feeley.

Ms Collins has strongly denied any wrongdoing and asked for an inquiry but resigned her ministerial posts.