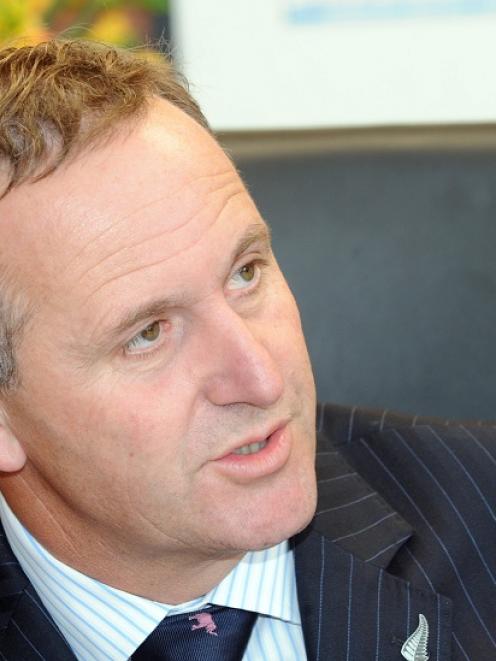 John Key
The Broadcasting Standards Authority has found that the Prime Minister's hour-long radio programme on RadioLive last month did not fit the definition of an election programme, and even if it had, would not have breached broadcasting standards.

John Key acted as a radio host on a programme called Prime Minister's Hour, which aired on September 30. He stated early in the programme that he was not going to discuss election issues.

BSA Chief Executive Susan Freeman-Greene said the show would have had to explicitly or directly encourage or persuade listeners to vote for a particularly party or person to fit the definition of an election programme and it did not do this.

"The BSA carefully considered the intent of the legislation, taking into account the fundamental right to freedom of expression, the severe monetary penalties if the Act is breached and that the term `election programme' generally relates to paid advertisements.

The BSA states: We do not believe that on this occasion the mere presence of the Prime Minister made the programme into an election programme. We can of course see that some political advantage will accrue to the Prime Minister and the party to which he belongs from exposures of this kind. It is not for us to say whether this should or should not be permitted; we are required to deal with the law as it stands.

For the sake of completeness, the Authority also considered whether standards would have been breached if it had been an election programme.

"The Labour Party said a comment by a host that `the Labour Party is furious that you (John Key) are on and they're not' was unfair and denigrated the party, but in our view this sort of banter is to be expected on a programme of this kind,'' said Susan Freeman-Greene.

The Labour Party also said it was unfair that leader Phil Goff was not allowed to host a similar programme but the BSA said there was no mandatory requirement for equal time.

The BSA states: Our opinion therefore is that even if this programme were held to be an election programme, which we do not consider it was, it would not have breached any of the standards raised by the complainant.