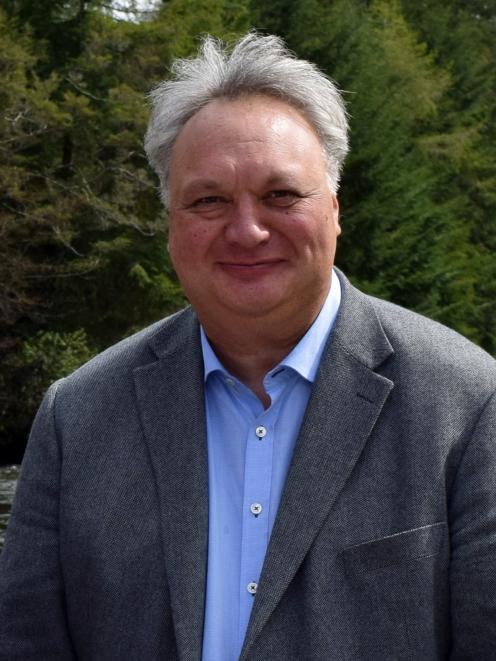 Rino Tirikatene
It is not often that a potential $700million to $1billion hike to GDP gets overshadowed, but these are the times in which we live.

If this were a normal week and these were normal times, the signing of a free trade agreement between New Zealand and the United Kingdom might have been headline news for several days.

But with a war going on both outside our own Parliament let alone in the wider world, and a pandemic continuing to infect thousands of New Zealanders on a daily basis, news that potentially lucrative trade access had been secured with this country’s seventh-largest trade partner passed with little fanfare.

There are a number of significant elements in the FTA agreement, a document which weighs in at a snooze-inducing 1700 pages.

One that catches the eye, though, is chapter 26, ‘‘Māori Trade and Economic Co-operation’’, pages which are the work of various Ministry of Foreign Affairs and Trade negotiators but which have been influenced by Te Tai Tonga MP Rino Tirikatene.

When the southern MP, and newly minted Dunedin resident, was named as a parliamentary under-secretary for trade and export growth, it was with special responsibility for growing the Māori economy.

There has, thus far, been little obvious evidence of what Mr Tirikatene has been doing in that field — given he is more of a backroom deal-maker than a front of house man that is no real surprise.

Chapter 26 suggests that all that offstage work has had good effect.

It begins by acknowledging the Treaty of Waitangi — which seems obvious given this a deal between a former colony and its coloniser but which a few years back would not have been a given.

It goes on to emphasise the importance of international trade for Māori wellbeing, before allowing the parties, where practicable, to enhance the ability of Maori-owned enterprises to access the benefits of the FTA, develop links between British businesses and Māori, and support science and innovation.

And make no mistake, Māori-owned enterprises are poised to do very well from this deal.

From day one of it coming into effect, a range of primary produce goods can enter the British market tariff-free, and many of those products are core businesses for iwi which invested their Treaty settlement funds wisely.

Also critical for Māori Inc is the prominent place given to kaimoana — 46% of it will be tariff-free when the FTA comes into effect, and 99.5% of it will be within five years.

The FTA also explicitly recognises the philosophy of kaitiakitanga and Māori interests in sustainability, another innovative aspect of the agreement.

Also, perhaps uniquely in FTAs, the agreement explicitly spells out Māori intellectual property rights: the Ka Mate haka has its own special appendix, but the general principal should prevent exploitation of Māori imagery and culture.

This is an aspect of the FTA in which Mr Tirikatene took a particular interest, and there are hopes that other indigenous people might be able to use the New Zealand example to craft protections for themselves in future agreements.

The agreement also specially recognises Māori-created digital content: there are a lot of smart, creative people working in this sphere and Mr Tirikatene holds high hopes that they will find outlets for their imagination thanks to this agreement.

Whether other countries New Zealand is trying to negotiate FTAs with will show a similar enthusiasm as the UK has for a chapter 26 equivalent is uncertain: India or the European Union do not have the same cultural and historic ties to New Zealand and to Māori.

But this FTA demonstrates a commitment by the Government to the notion and actual delivery in return for the investment in emphasising the place of Māori in the global economy.

Mr Tirikatene would no doubt ascribe the credit to others, but there are tangible rewards for his people specifically and for New Zealand generally in a deal which promises to deliver a fiscal return to Māori enterprise from day one.

Dunedin Labour list MP Rachel Brooking made history on Tuesday when she became the first politician to ask a parliamentary question remotely.

While her question to Energy and Resources Minister Megan Woods, about what action the Government is taking to decarbonise New Zealand’s transport sector, is unlikely to live long in the memory, the fact that both the backbencher and the cabinet minister were participating many kilometres away from the debating chamber did represent new ground being broken by the New Zealand Parliament.

With the arrival of the Zoom Parliament came all the other issues associated with remote meetings: in several places Hansard was initially defeated by the sound dropping out, or MPs had to be reminded to un-mute, even if some watching might have wished that they were unable to be heard.

Dean in the hot seat

The Speaker is often referred to as being in Parliament’s hot seat, but for Waitaki MP Jacqui Dean that joke came uncomfortably close to home on Wednesday.

Mrs Dean had the unfortunate task of chairing the latter stages of the general debate, just as the protesters being evicted from Parliaments grounds started to set fire to anything that they could find.

The smoke could be clearly smelled and seen by those in the debating chamber, and Mrs Dean and other MPs showed commendable poise in keeping the business of the Parliament going without interruption.