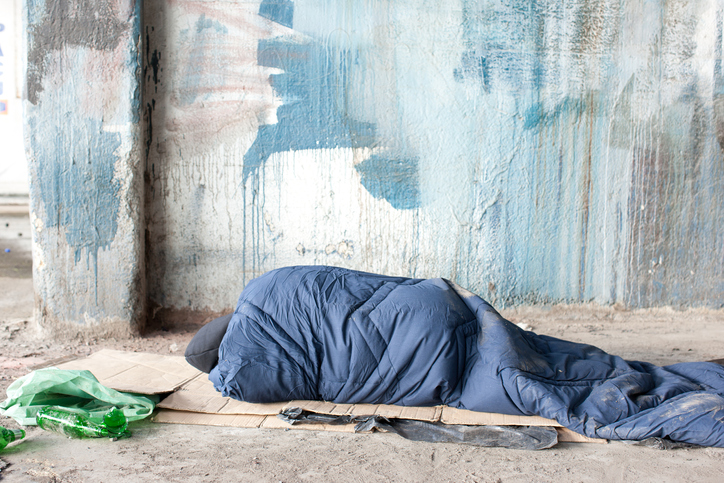 The Government says it is committed to tackling homelessness. Photo: Getty
The Government will spend almost $200 million on housing more than 1000 long-term homeless people in New Zealand.

"We are committed to tackling homelessness. That's why we have made it an investment priority for the second year in a row by boosting support for the internationally-acclaimed programme Housing First even further."

The $197 million has been allocated over four years. It comes as part of the Government's first Wellbeing Budget.

"I cannot think of an announcement that really captures the idea of wellbeing more than [today's announcement]," Ardern said.

"Homelessness is unacceptable in any society. There is a huge social cost and extra funding provided by Government means that we can do more to tackle and eliminate homelessness in Auckland."

Goff hoped a "significant amount" of the funding would come to Auckland, where there was the most need.

"Since launching Housing First, Auckland Council and a collective of five agencies have housed 922 people, including 436 children, who were homeless. This extra funding will mean we can provide more homes for those who need them the most."

Ardern said the programme recognised that most long-term homeless people had a number of complex problems such as mental health issues and addictions; and that they have a much higher chance of addressing them once they are housed.

The Government funds the programme in Auckland, Christchurch, Tauranga, Hamilton and Rotorua.

"Housing is a basic human right and allows people to love with dignity," the Prime Minister said.

She added that the Government was committed to tackling homelessness which is why it has made priority housing for homeless a priority.

"Budget 2019 is continuing to invest in Housing First and funding 1,044 new places. This will raise the number of people the programme can help to 2,700," Jacinda Ardern said.

Since 2017, the Housing First programme has housed 720 households, including 431 children, in Auckland.

"Homelessness is the sharp end of the housing crisis," Ardern said.

She added that the Government had made almost 1000 transitional housing places available since it started it first term in 2017.

She said the Government was "well on track" to provide 6400 more public housing places by 2022.

Although this is good progress, Twyford said the housing crisis was not going to be fixed overnight – "we still have work to do".

The Green Party have welcomed the announcement, co-leader Marama Davidson saying it was important the Government support organisations that tackle homelessness.

"We know that homelessness is getting worse. Housing is a basic right. It is crucial to our health and wellbeing, and our ability to participate in a community."

what happened to kiwi build not a mention