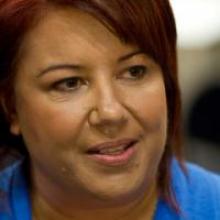 People are being put up in motels because of an acute shortage of emergency housing in Auckland, while a $2 million top-up in funding has not been spent nearly five months after it was earmarked.

The extra money was announced in September last year, when Social Housing Minister Paula Bennett said it would fund up to 120 places a year for homeless families and individuals, who would be supported to help find longer-term housing.

But Ms Bennett now says negotiations with providers are ongoing. However, a previous grant of $500,000 had been spent, she told Radio New Zealand this morning.

"We've gone to the tender process, we've RFP'd, we've got them in. We're currently in negotiations with an organisation in Auckland to look at how we get the new places."

A paper put to Cabinet by Ms Bennett from September 21 last year, which sought agreement for the $2 million in funding and was obtained by the Labour Party under the Official Information Act, said that additional emergency housing places would be expected from January this year.

The emergency housing sector was under growing pressure, the paper said.

"People in crisis are not able to access emergency housing and support services when they most need them. The situation is particularly acute in Auckland where emergency housing providers have virtually no vacancies," it said.

Longer-term work would create more social housing places in Auckland, but more assistance was needed in the short-term.

The paper identified weaknesses within the current funding arrangements, including a lack of accountability for providers and no clear standards, insufficient funding, gaps in provision, and a growing need for services to address homelessness.

The $2 million would come from unallocated funding from the Christchurch Short-Term Housing Response, which had not been as expensive as initially anticipated.

"This funding is just a drop in the bucket of what is needed to address this problem. Paula Bennett's announcement last year was merely to look as if the Government was doing something to help the homeless as more and more stories of families living in cars and in garages were made public.

"Despite the paper claiming the $2 million would provide up to 30 more emergency homes by last month, the Minister has admitted that none have been built and tenders for the work are still to close."