'It's a smear campaign' - Cunliffe 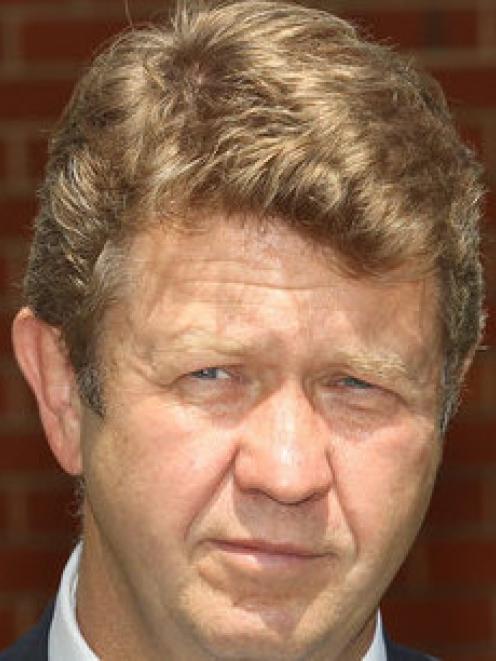 David Cunliffe. Photo NZ Herald
Senior Labour MP Grant Robertson says he has "no intention of challenging" David Cunliffe before the election and told Mr Cunliffe he had his full support this morning.

Mr Robertson was one of several Labour MPs who met with Mr Cunliffe this morning along with Annette King, Clayton Cosgrove, Jacinda Ardern and Chris Hipkins.

None had supported Mr Cunliffe in the leadership contest last year.

Mr Cunliffe is due to address media just before 2pm, and a spokesman said that was not to announce he was resigning.

Speculation of a challenge has centred on Grant Robertson but after meeting with Mr Cunliffe, Mr Robertson said Mr Cunliffe had not asked him to rule out a challenge and he had not offered any assurance "because it was not necessary to have that as part of the conversation."

"It's not an issue. I assured him .. that I absolutely support him. I have no intention of challenging him before the election."

He said nobody in caucus had asked him to head a challenge. The meeting with Mr Cunliffe was "a catch up on events of the last 24 hours."

Mr Cunliffe has spent most of the morning defending his leadership in the media this morning after a further bad poll result putting Labour at just 23 per cent in Fairfax papers this morning and news of his 2003 letter on behalf of Donghua Liu.

The Fairfax poll comes just after a Herald Digipoll in which Labour was at 30.5 per cent.

Mr Cunliffe told Radio NZ this morning he had the support of his caucus. He said he had checked after media speculation about his leadership, but would not specify who he had checked with. He was confident he could still take out the election, saying all leaders faced turbulence at times.

Speaking to media, he also accused National of a "smear campaign" against him.

"What New Zealanders are seeing here is clearly an operation by the Government to discredit the Labour Party."

That followed Mr Key confirming in the United States this morning that he had known of Mr Cunliffe's immigration letter for Liu for some weeks.

Mr Cunliffe said it appeared to be a remarkable coincidence that it subsequently came out in the media. It was released to the Herald under the Official Information Act yesterday.

Mr Cunliffe also challenged Mr Key to put up any evidence he had that Liu had made significant donations to Labour after Mr Key said from Washington that he had heard there were potentially hundreds of thousands of dollars involved.

Labour has said it has been unable to find any record of donations from Mr Liu or his known companies, but they could have been made via a third party.

A former Labour Party president says it's too close to the election to think about any change in the party, following a controversy involving leader David Cunliffe and businessman Donghua Liu.

Mike Williams said this morning the letter in support of Mr Liu's residency application that Mr Cunliffe forgot he wrote was "forgivable, but this close to the election it's not good."

The revelation of the letter came just a day after he said he had never advocated for the businessman.

"It's not good, but it's too close to the election to do anything about it, he's just got to fight back," Mr Williams told Newstalk ZB.

The issue was "a storm in a teacup", he told Radio New Zealand.

He said an MP shouldn't be expected to remember every letter he had written on behalf of a constituent, especially in west Auckland where immigration and housing were ongoing issues.

However, he said if the polls continued to lag in the low 20s then a shake-up could be a possibility.

Acting Prime Minister Bill English told Radio New Zealand it was up to Mr Cunliffe's caucus to decide if he should remain as the party's leader.

"It's not a criminal offence but it is a test of trust in his leadership."

Mr English said he might not remember a letter he had written 10 years ago on behalf of a constituent, but this was no ordinary constituent.

"The issue here is that Mr Donghua Liu is not someone who's just popped up suddenly in the public environment.

"There's been discussions for a number of months. Mr Cunliffe's been involved in that discussion, it's been pretty vigorous because a minister resigned over matters related to the declaration of a donation from Mr Liu.

"So you would expect that someone who wants to be prime minister would be reasonably thorough about getting on their high horse."

Mr English said he had no knowledge of the letter, and as far as he knew the National Party was not involved in making it public.

Key: 'Rumours' of more to come

Prime Minister John Key said he believes Labour has had a lot more than $15,000 in donations from Mr Liu.

He also acknowledged he had known for some weeks that Mr Cunliffe had written a letter supporting Mr Liu's application for residency.

Speaking from the East Lawn at the United Nations this morning, Mr Key said he had heard rumours that Mr Liu had give more that $15,000.

"I've heard the rumours and we'll see what actually comes out but I'd be very, very amazed if the amount is $15,000," he told New Zealand reporters.

"That's for the Labour Party to make clear to the New Zealand public."

Mr Key said he believed that people made mistakes in political life "but the realty is that has never been the proposition he has been prepared to accept".

Mr Cunliffe had been asked the question about Donghua Liu on numerous occasions, not just once.

"It is very incumbent on you once the question has been asked once to go away and turn over every piece of paper and make sure the answer is right and if it not right, to correct and you've seen me on a number of occasions have to go and correct it."

Talking about Mr Cunliffe's leadership, Mr Key said that "on a number occasions in his leadership he has come up against the hurdle of trust and he seems to manage to be able to career into the hurdle rather than jump over it".

"He is going to have to reconcile his answers to the New Zealand public with the facts and the two of them aren't matched up."

Mr Cunliffe has issued a veiled warning to his caucus against any move against him, saying he has the support of Labour Party members and affiliates and any who break ranks could be viewed as scabs - workers who break a strike by crossing the picket line.

Some senior Labour MPs are understood to be weighing up mounting a coup against Mr Cunliffe following the latest nightmare to hit his leadership.

From tomorrow, Labour's caucus can change its leader by majority. Sources said if there was a move against Mr Cunliffe, it would not be immediate and could depend on the next round of polls.

But he issued a warning aimed at anyone considering such a move last night: "I've tested directly and through others with a large number of my caucus colleagues that I have the support of my caucus and my party and our affiliates, and that we are driving to the line," he said on Campbell Live.

"And in the Labour movement, you know, there are some words we use for strike breakers."

It was a reference to "scabs" - a very a strong word in Labour circles, and effectively a warning caucus could face a backlash from the party's membership and affiliates who had given strong support to Mr Cunliffe.

Earlier in yesterday, he told reporters: "I did not tell a lie, I absolutely did not. I did not intervene in support of his application."

Mr Cunliffe, whose party on Monday said it had no record of a $15,000 donation from Liu which was also revealed by the Herald this week, said neither he nor his staff could recall the letter. It was one of thousands he'd written for constituents, and he did not recall meeting Liu. He later said he had asked his electorate office staff to check whether they had any record of the letter.

"It was on file it turns out," he told RadioLive. It was discovered in the electronic records of a now-retired staff member.

"To the best of my knowledge that letter came through my office and an immigration agent on his behalf."

He believed he had put his name to the letter "because it checked out on paper and it was a very low-level request about how long the processing would take".

A poor result on a new political poll has added to Labour's woes.

Labour has dropped six percentage points to 23 per cent in the stuff.co.nz/Ipsos political poll. National rose to 56 per cent -- a result that would let them govern without a coalition partner.

The polling took place early in the week before the revelation over Mr Cunliffe's letter in support of Mr Liu's residency application.

In February, 81.6 per cent of respondents to the same poll who had voted for Labour in 2011 said they would vote for them again in September.

In the latest poll this number dropped to 61.3 per cent, with the greatest drop in support affecting 30- to 44-year-olds.

"An increase in alternate party activity on the Left side may have traditional Labour voters weighing up their options and thinking again about Labour. On the other side, as the party options for conservative voters reduce, we are seeing them flock to National."

Commenting on the poll, Mr Key believed the fact National was polling more strongly was a reflection of the fact that middle New Zealand looked at a very left wing opposition grouping of Labour the Greens, and Mana and was becoming increasingly concerned.

"The stark reality this election will look like potentially on one side David Cunliffe, Metiria Turei, Russel Norman, Hone Harawira, Laila Harre, Kim Dotcom and on the other side, it's National."

A lot of New Zealanders were concerned about what a left-wing agenda would mean for growth, job and the future of the country, he said.