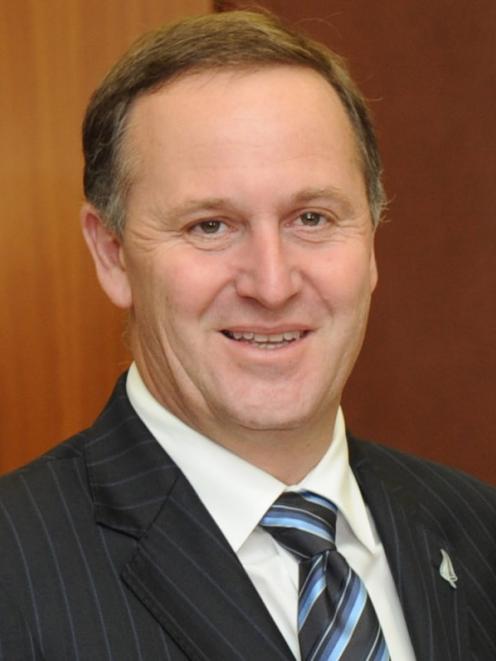 Both leaders were in Singapore for the Asia Pacific Economic Cooperation (Apec) summit.

In a speech in Tokyo, Mr Obama said the US was committed to engaging with the eight-country Trans Pacific Partnership to work on shaping a regional agreement.

It was reported he would seek Chile, New Zealand, Singapore and Brunei to form a Trans-Pacific, regional free-trade agreement.

A similar effort in 2006 was seen as a possible stepping stone for a wider Asia-Pacific free trade area. But it stalled because of a lack of US commitment.

In the spirit of renewed commitment, Mr Obama had a short meeting with Mr Key at a dinner they were both attending overnight in Singapore.

Mr Key confirmed the meeting to The Dominion Post and said Mr Obama had promised to restart trade talks.

"We had quite a fruitful discussion. I thanked him for the progress on the Trans-Pacific Partnership, he said he was looking forward to working with New Zealand and making progress on the trade front." There was a "real commitment" from the US now, Mr Key said.

Mr Obama had said the US would participate in talks with the hopes of "shaping a regional agreement that will have broad-based membership and the high standards worthy of a 21st century trade agreement".

As well as the United States, Australia, Peru and Vietnam have expressed interest in joining.

"This is very good news for New Zealand companies looking to expand future business links with the United States." It was also important a "potential pathfinder" for a future Asia-Pacific regional trade deal, Mr Groser said.

The NZ US Council welcomed Mr Obama's confirmation that the US would engage in the Trans-Pacific Partnership agreement and said it reflected moves toward freer and more open trade in the Asia Pacific region.

Wellington Regional Chamber of Commerce chief executive Charles Finny said he hoped the announcement would be noticed by all World Trade Organisation members and encourage progress on the Doha development agenda.

Association chairman Bill Falconer said half of all beef exported from New Zealand went to America and an agreement would put the country on level footing with Australia which already had an FTA with the US.

Apec leaders will also vow to "maintain our stimulus policies until a durable economic recovery has taken hold", according to a draft of their final statement, to be issued later today.

Apec is the last major gathering of global decision-makers before a UN climate summit in Copenhagen in three weeks meant.

In the Apec draft leaders pledged to "substantially" cut carbon pollution by 2050.