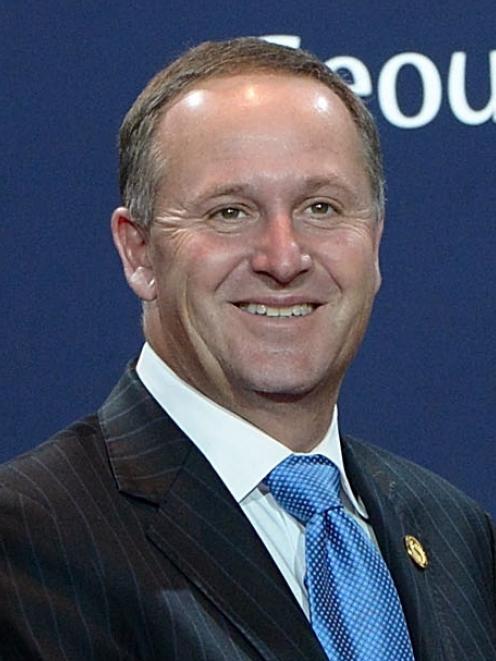 John Key
Prime Minister John Key has backed away from statements to Parliament about SkyCity hatching a land deal with TVNZ to make room for the larger convention centre he wanted.

NZ First leader Winston Peters had called it a "secret side deal"in questions to Parliament yesterday.

Mr Key rejected the claim saying the casino had talked to TVNZ about buying the land itself - but has no accepted no approach had been made.

A spokesman for Mr Key said: "The Prime Minister is happy to accept the assurances from TVNZ this morning that no approach has been made."

Mr Key also pulled back from comments about a possible "commercial deal"between the state broadcaster and SkyCity. His spokesman said the Prime Minister had now been told no sale agreement had been made and it was "a commercial matter between the parties".

Mr Key told Parliament yesterday he was aware "if SkyCity was to build a larger convention centre than the original one they wanted, at some point I was aware that they would need to acquire land".

He said: "It is pretty straightforward. SkyCity, after it decided it would be prepared to enter an expression of interest process to have a larger convention centre, went off to its architects. Its architects designed such a thing, realised they needed more land, worked out who owned the land, and approached Television New Zealand."

Mr Key was quizzed over how an approach could be made without the TVNZ board being aware of it. He responded: "I cannot speak for the Television New Zealand board, but I am finding it reasonably hard to believe that Television New Zealand entered a commercial agreement with Skycity to sell land that it owned, and it did so without its board knowing."

Mr Peters said TVNZ's board had heard nothing of land being sold and asked if Mr Key had promised the casino he would "privatise TVNZ's assets" as part of the deal.

Mr Key responded by saying a lack of knowledge might show "board process needs to be improved, and maybe the mixed-ownership model would work for it". He added there were no plans to sell TVNZ or change its structure.

TVNZ spokeswoman Megan Richards told the Herald on a number of occasions last year there had been no approach by SkyCity for the land and no deal had been done.

Today, she said the position had not changed. "We have had no approach from SkyCity. We have no commercial arrangement with SkyCity. If we were to be approached by SkyCity we would have to consider it on its merits."

She said there were portions of land which TVNZ might consider it could sell and others which it would not. She said SkyCity had historically expressed an interest but not in recent years and never in relation to the proposed International Convention Centre.

The casino's desire for land emerged in the Auditor-General's report into the proposed deal. In August 2010, then-economic development minister Gerry Brownlee asked the casino if it was able to get more land for a bigger convention centre.

The report linked the bigger design to the Gambling Act changes the casino wanted, stating: "SkyCity recalls the Minister indicating at the meeting that the Government's willingness to consider regulatory reform depended on SkyCity meeting the requirements of a bigger convention centre on a larger site."

In September 2010, the casino produced a design showing more land was needed, telling the Government it wanted it to buy the land for the project.