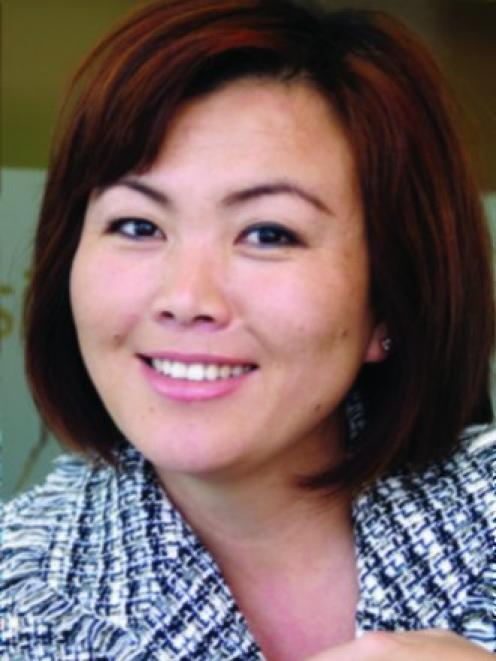 Prime Minister John Key has criticised the remark as silly but retains confidence in the first-term list MP.

Ms Lee is standing in the June 13 Mt Albert by-election.

She last night attended a candidate's meeting about a proposed motorway, requiring 365 houses in the electorate to be demolished.

As the meeting got heated, Ms Lee said the extension could divert some South Auckland traffic and criminals away from Mt Albert.

In Parliament today Labour MP David Cunliffe summarised the reaction to the remark saying Ms Lee was: "worrying about brown people coming up your motorway and invading the good white suburbs of Mt Albert".

"I apologise unreservedly for the comments I made regarding South Auckland and the linkage that I drew between the planned Waterview extension and crime," she said.

"I was wrong to have implied that crime is solely a South Auckland problem, or that the new motorway would reduce crime. I sincerely regret my remarks."

Earlier, Ms Lee said police had told her motorways helped channel criminals from the suburbs but police were not rushing to back her.

"Criminals travel just like anyone else in the country. Where they choose to get on and off (motorways) is their choice."

"Ms Lee's idea that South Auckland people are criminals who should be funnelled through Mt Albert and directly into West Auckland is just ridiculous," he said.

"...the bigoted and outdated attitudes of people like Melissa Lee do nothing to assist them in that goal," he said.

"I think it's going to be great for West Auckland. We can all go to South Auckland."

Mr Key said it was appropriate that Ms Lee had apologised.

"Her comments were silly but often in the heat of an election campaign sometimes people say things when they are provoked that are silly that they later on regret," he told reporters.

Mr Key said Ms Lee made a mistake but he retained confidence in her.

The controversy is Ms Lee's second major embarrassment for National this week -- she is fending off two allegations about her production company Asia Vision Ltd which makes the Asia Down Under programme.

The first allegation was that taxpayer money was used to make a video made by her company for the National Party.

Ms Lee said the National video was made using company equipment and staff who volunteered time and no NZ On Air funding was involved.

Mr Key said he talked to Ms Lee yesterday: "She gave me a categoric assurance that there's been no taxpayer funds used for any promotional work for National".

He had "very great faith" in Ms Lee and thought she was a "great candidate".

"The most important thing is to not let people provoke you."

Green MP Russel Norman, who is also contesting Mt Albert, has asked the Electoral Commission to look at whether the video should have been declared as an expense.

The second allegation was that Ms Lee had interfered in editing an Asia Down Under election special, which was a conflict of interest.

NZ on Air chief executive Jane Wrightson said Ms Lee had gone off screen and an independent producer had been brought in: "She had no editorial control." She was looking into the allegations.

The company received $1.2 million from NZ on Air last year.