Gareth Morgan and Winston Peters have traded insults at Ratana Pa today over whose political party is best for Maori.

The two leaders are attending the annual Ratana commemorations along with Labour and the Green Party. The event at the Ratana Church's spiritual home south of Wanganui begins the political year. 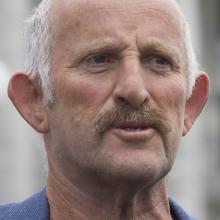 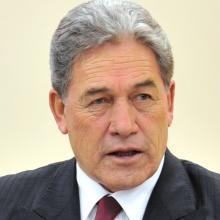 Mr Morgan, who recently formed The Opportunities Party, ``implored'' the Ratana members to ``call out'' the New Zealand First party and Winston Peters because of their anti-Treaty of Waitangi views. He compared Mr Peters with former Act Party leader Don Brash, saying they were ``black-and-white facsimiles of each other''.

Mr Morgan went further, describing Mr Peters as ``nothing more than an Uncle Tom'' and saying that he ``gets away with this anti-Tteaty stuff'' because he is Maori.

``The old adage that you can't be racist against your own race - I don't accept that excuse.''

Mr Morgan also urged the crowd at Ratana to give The Opportunities Party its party vote, saying it was the only party which would ``take the Treaty of Waitangi conversation to non-Maori''.

He reiterated calls to make te reo Maori compulsory in schools and to create an Upper House in Parliament which would identify breaches of the Treaty of Waitangi in law-making.

When Mr Peters took his turn to speak at the pa, he only briefed touched on Mr Morgan's comments.

``Excuse me for laughing, but it's a long time since I have been ravaged by a toothless sheep,'' he said.

He added that Mr Morgan was another rich man trying to enter politics, describing him as ``a thinned-out version of Kim Dotcom''.

He said Mr Morgan was ``riding a motorbike through Mongolia'' while he was defending Maori as a lawyer and in Parliament - a reference to Mr Morgan's journey across the world by motorbike.

Mr Peters also told the Ratana members he did not expect them to break their long-held loyalty to other political parties or MPs. But he said they should consider ``buying themselves some insurance'' by voting New Zealand First.

``You take out some guaranteed insurance so you can't possibly lose,'' he said.

Mr Morgan formally registered his party in early January and is targeting the 5% party vote threshold to enter Parliament.