MP accused of driving in to protesters 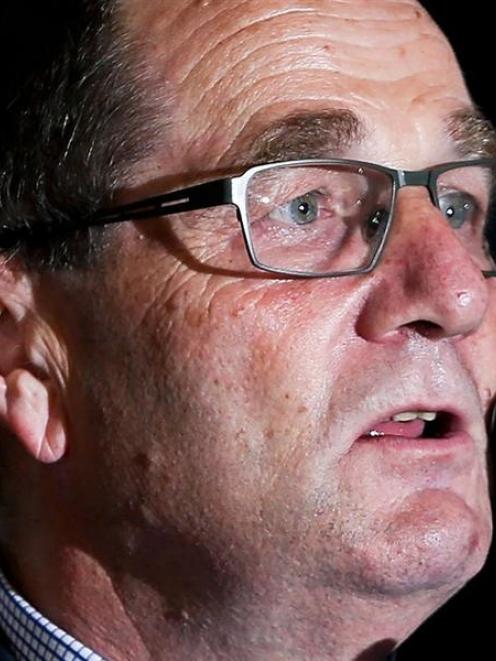 Chester Borrows
National MP Chester Borrows is being questioned by police after he allegedly drove his car into Trans-Pacific Partnership protesters.

Mr Borrows was confronted by TPP protesters. in his Whanganui electorate on Tuesday.

Police said they were aware of the incident, and confirmed that one protesters received a leg injury after allegedly "coming into contact with a vehicle".

"Police are currently establishing further information about this to assess what, if any, further steps are required from a police perspective."

The incident, which was caught on video, shows a car emblazoned with Mr Borrows' name and face being confronted by a handful of protesters.

Mr Borrows defended his actions, saying he did not believe he had struck any of the protesters.

"I was inching forward, they were taken out of the road, and I didn't drive until the road was clear.

"I had no idea that anything had happened and I am pleased to see that the woman doesn't have any broken bones or anything like that."

He added: "Everyone's got a right to protest, I don't have an issue with that at all. I'm just pleased that the lady is not hurt."

The MP said he later saw a post about the incident on Facebook, after which he called the police.

They had not contacted him again yet, but he expected to hear from him.

"I am quite happy to talk to the police and to tell them what happened," he said.

The injured woman, Tracy Treadwell, was taken to Whanganui Hospital.

She also alleged that her own ankle was hit by Mr Borrows' car. She was disappointed the MP did not allow time for the activists to move out of the way.

"The police were standing behind us and Tracy didn't have room to step back because there was a police officer behind her," she said.

In a post on Facebook, Ms Lockett said she had made a statement to police about the incident, which occurred outside the Collegiate Motor Inn in Whanganui.

"This was an extremely serious event, an MP driving his car into a group of women is just not acceptable."

She thanked the police officer at the scene, "who pulled me away as my leg was caught under the car and I was unable to escape as Chester just kept on driving".

A woman, who said she was Ms Treadwell's daughter, posted a picture of her on Twitter in an ambulance stretcher.

She sent the picture to Mr Borrows with the caption: "Anything to say?"