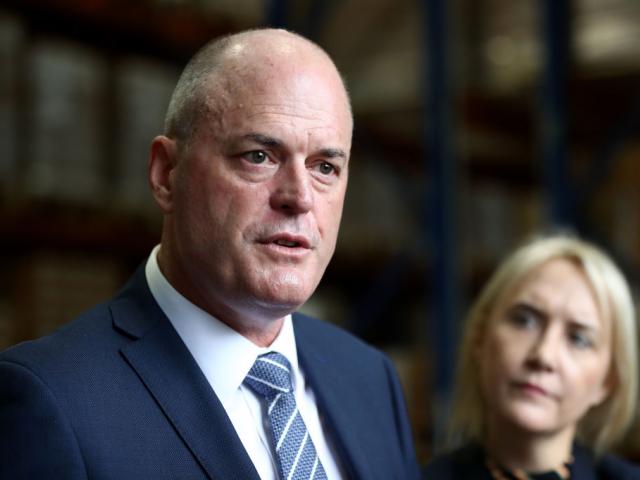 Muller is revealing National's transport plan at Piarere, one of the Waikato's most notorious intersections and a section of road which was earmarked by National in the extension of the Waikato Expressway.

However, the extension from Cambridge to Piarere was axed by Ardern's Government when it took over in 2017.

Under Muller's plan, the section of SH1 between Cambridge and SH29 at Piarere would be 16km long with two lanes in each direction.

"It will provide safety and security for these communities and send a clear signal that the National Party intends to build infrastructure as opposed to just talk about it."

This was on the plans to be built by the last National Government.

"This Government took $5 billion out of the state highway budget for a light rail project two weeks ago they announced and in the meantime, the community of Waikato have been left without clarity in terms of the next step."

"Well they have the clarity today, the National government will build the Cambridge to Piarere expressway, it will start the next term and it will be part of a nationwide approach of building really strong infrastructure that will underpin economy, growth and a recovery in this country that we all need."

"I come from Tauranga, I come many times over to this part of the world, it is a sort of heart in your mouth type moment when you turn right into this traffic."

He said the corridor between Hamilton, Tauranga and Auckland was extremely important and "the beating heart of the country".

"Everyone call it the golden triangle for a reason, it's where the majority of people live in this country and will continue to over time ... and we need it to be efficient and safe."

Asked about whether National would extend the expressway to Tirau, Muller said the Cambridge to Piarere stretch was the most important at the moment but they would look at "ongoing safety improvements" for that area.

Local MPs had been talking with residents about the large number of accidents over the last few years, he said.

Instead, in 2018 NZTA released plans for short-term safety improvements to the section of SH1 including central median barriers and side barriers.

Meanwhile, Muller's had plenty of going on during his short term as leader after overthrowing Simon Bridges.

After putting him on the back bench in his re-shuffle, he's decided to bring Bridges back in from the cold and yesterday announced he would be the party's new foreign affairs spokesman after the exit of Paula Bennett.

Bridges is now ranked 17, while Shane Reti moves up to replace Bennett as the associate drug reform spokesperson, working alongside Amy Adams.

Muller has also been critical of the Government continuing to close the borders and said there was no forward visibility.

He said the Government needed to share its vision and said the idea of what was in place now was too inflexible.