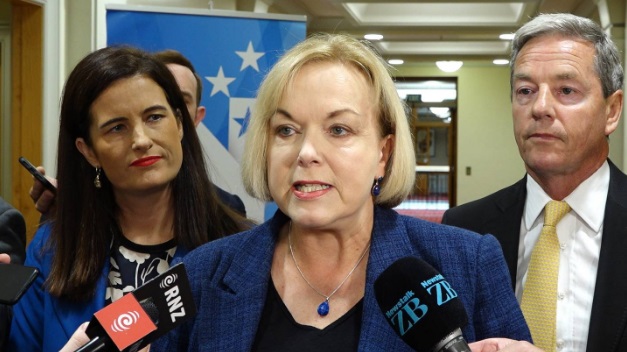 National Party leader Judith Collins has put the steps into a member's bill which she will try to get before Parliament.

It would put in place an emergency process, similar to that used after the Christchurch earthquakes, to open up land and build housing quickly. It would temporarily limit the Resource Management Act (RMA) appeals process so councils could complete plans quickly.

And it would require all urban councils to immediately zone more land for housing, enough for at least 30 years of growth.

It also proposes a $50,000 infrastructure grant for all local councils for each new house consented above the council's five-year average: the funds for which would come out of the Government's new $3.8 billion infrastructure fund.

Collins said National's solution would be more effective than Labour's.

"National doesn't share Labour's view that you can tax your way out of a housing shortage. The time has come for an extraordinary solution to this unfolding emergency. We need to short-circuit the [Resource Management Act] to get more houses built."

The Government has come under pressure on the issue of housing after property prices rocketed up over the past year.

The bill is National's response to the Government's moves last month to try to slow the housing market by moves such as scrapping the ability to deduct interest from rental income on residential properties, and increasing the bright-line test from five to 10 years.

It has also moved to try to boost housing supply through a Kainga Ora house building scheme, and a $3.8 billion Housing Acceleration Fund for councils to build infrastructure needed for housing developments.

Further measures are expected in the Budget next month.

However, National has criticised some of the measures, saying they will only push rents higher, and do not do enough to boost supply quickly.

Collins' bill will go in the ballot for member's bills this week, and Collins will also try to secure the support of enough MPs for it go straight onto the order paper. That is unlikely – and the Government could veto the bill on financial grounds if it did get pulled from the ballot and made it past a vote.

National's housing spokeswoman Nicola Willis said the current consenting and land use rules made new developments complex, expensive, and slow. Measures were needed to encourage councils to free up that process.

"There is clear evidence that freeing up land and bypassing restrictive government red tape can result in immediate house price relief."

Robertson has defended the Government's decision to use changes to the 'bright line test' – a form of capital gains tax - to try to dampen the market, saying the goal was to tilt the playing field in the favour of first home buyers rather than speculators.

How about also limiting the number of homes any one person can have? I know of people that have 5 or more.

It's a novel position for crusher, proposing something constructive, in both the figurative and literal sense, as opposed to something destructive. Shame she didn't apply this innovative approach when she was in govt under the woeful leadership of John Key. The so called "rock star" economy that Bill English could never get out of deficit could have funded that... Yeah Right! Oh I forgot, we didn't have a housing crisis back then... Yeah Right!
As with National the authoritarian socialist approach is always the first choice. Let's tell the Council what they must do, never mind the people. And also. putting aside the ERA, while this could have benefits, it could also be incredibly shortsighted and leave God knows what problems that future generations will need to clean up. National is good at the knee jerk, not at thinking things through.
The one thing missing is the skilled labour needed to actually build the houses. National decimation of the trade training apprenticeship programmes 10 years ago is only just recovering now after 3 years of rebuilding by the current Govt, tradesmen numbers are starting to show an increase for the first time in years.

What a desperate opposition and the media give them mileage.

At least someone is thinking of doing something about the housing crisis (good or bad), this current lot are just sitting on their hands.

@nivaman , How do you figure that? Wether you agree with what Labour has done they have certainly done more than National who campaigned on a housing crises platform in 2008 and then not only denied one existed but sold off thousands of state houses while outright refusing to promise the proceeds would be reinvested in housing . Even if they had the way they used the asset sales fund proved any promises would be ignored anyway. All the attacks and complaints on labours policies by the national party , property investors and speculators prove that one way or another they have very much not been sitting on their hands . Nationals only claim to fame was the housing in Chch after the earthquakes but that was mostly paid for by the huge influx of insurance money , so it is really an apples and oranges comparison