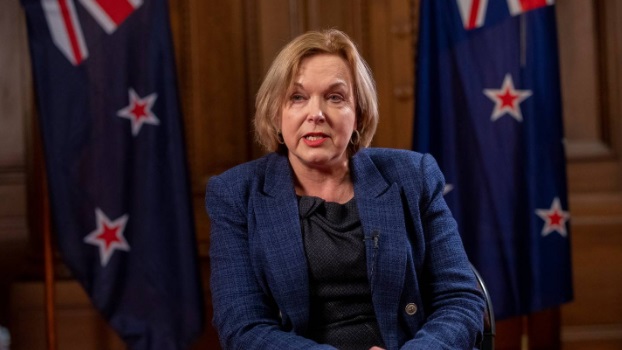 Appearing on Newshub Nation this morning, Collins hit back at the speculation other MPs were vying for the leadership, saying she had "never seen a caucus so happy".

"I want to make this really clear … I am staying, I am not going," she said.

This echoes her sentiments earlier in the week, when Collins said she felt "very secure" in the leadership.

"I feel very secure in it and I know the caucus is working very hard with a common goal of holding this Government to account," she said.

In a 2018 interview, when she was vying for the leadership in the wake of Bill English's resignation, Collins said she would resign if her polling fell below 35 percent.

On Saturday Collins said she was not distracted by the polls and had agreed to the interview to talk about "the things that matter".

For example, when asked about the Covid modelling released by Shaun Hendy earlier this week, she said National would be releasing their own next week, which has been peer reviewed to avoid "fighting modellers".

She said New Zealand needed to focus on improving New Zealand's ICU capacity and getting more essential health workers into the country.

New Zealand's 327 ICU beds were less than the capacity at the beginning of the pandemic, and half that of Australia's ICU capacity per capita, she said.

However, she also said the Government had neglected areas like mental health during the pandemic.

"Mental health is the number one health issue New Zealanders are dealing with every day."

That headline reads like an advert for a certain beer brand. Just needs a "Yeah, Right!" at the end of it.