Not too much football over mental health 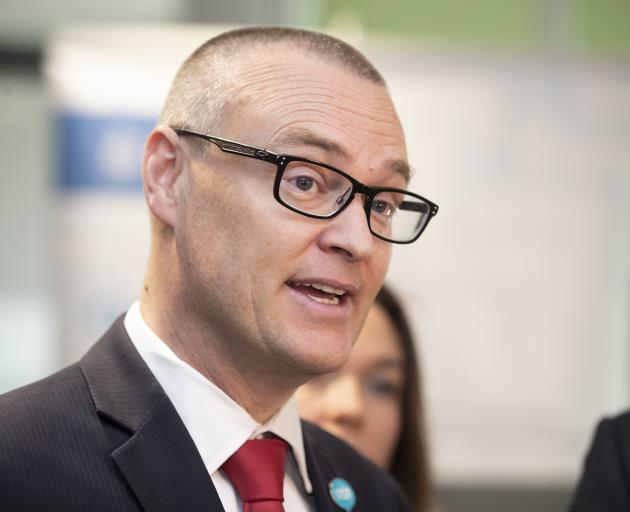 Health Minister David Clark. PHOTO: THE NZ HERALD
In December, when the long-awaited report on mental health and addiction services was released, its authors included within its 219 pages a plea to politicians not use the subject as a political football.

Unsurprisingly, the report's findings that vastly much more needed to be done for those facing mental distress or substance abuse issues proved too tempting for some not to boot around.

However, there have been determined efforts behind the scenes to keep partisanship out of this most personal of issues.

Earlier this year one of the report's recommendations, a cross-party mental health and addiction wellbeing group, came to be.

The fruit of its efforts was plain to see on Tuesday when Health Minister David Clark led off the Mental Health and Wellbeing Commission Bill.

The proposed commission is one of the report's more significant recommendations; an independent Crown entity charged with providing oversight of mental health and wellbeing systems in New Zealand.

There is considerable scope for politics here; such a commission is not a new idea - the previous such body was disestablished by the National-led government in 2012.

Dr Clark is not at all averse to slamming the former administration, even if the "nine long years of neglect" line he trots out daily is starting to become somewhat monotonous.

Likewise, National's health team is not backward in coming forward to accuse the Government of taking too long and doing too little to tackle mental health issues.

Despite that, the cross-party group seems to have negotiated a mental health ceasefire which, despite some isolated skirmishes, held during the first reading debate. 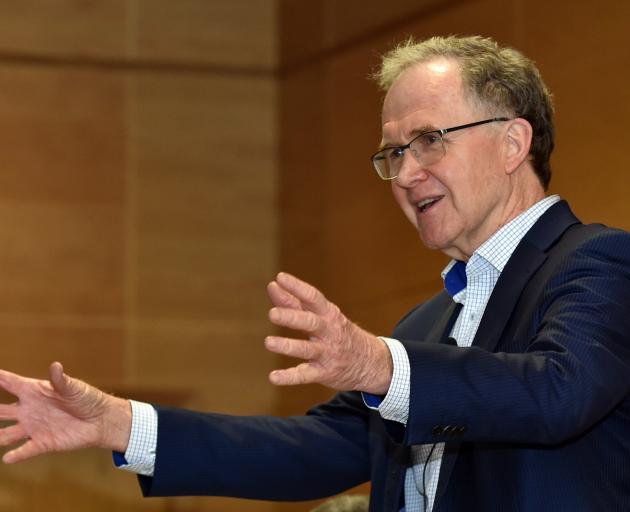 Mental health and addiction inquiry chairman Ron Paterson. PHOTO: PETER MCINTOSH
Dr Clark indulged in just a modest amount of blame shifting, while National agreed to support the Bill - but did take the time to highlight a few perceived deficiencies it hoped would be addressed during the select committee process.

"An independent Crown entity that will provide an enduring role to hold the current and future governments to account is described in this Bill," he said.

"It will be a voice for the collective mental health and wellbeing of people in this country."

Dr Clark's Dunedin North National rival Michael Woodhouse was a touch snippy, complaining that Dr Clark had not acknowledged National's support for the Bill or the part played by his colleague Matt Doocey, National's mental health spokesman and a former professional in the field.

"We want to make sure that the strategies and initiatives that are recommended and implemented by the commission and the sector as a whole are enduring, and the changes that need to be made are generational - they will transcend governments and members of Parliament," Mr Woodhouse said.

"I think it behooves the Government - well, the minister, at least, because I know the members of the health committee from the other side have - to acknowledge the contribution that Mr Doocey and the National Party have made."

Mr Woodhouse also took issue with the short public consultation period for the Bill, perceived inconsistencies between the commission and the national cancer agency, and also questioned whether money in the Budget for mental health services was actually being spent.

The commission would play an important role in setting out what good treatment looked like and where the need for it was greatest.

"I'm confident that they will be able to see that the need is not perhaps traditionally where the providers of mental health services are," Mr Woodhouse said.

"It's going to need to be very confident and clear in its expectations that if they believe in services closer to the client, then that's likely to mean a move away from the base hospital-type approach, the institutional approach, and to reinforce what we know - and that is: it's the communities in our regional and rural sectors that are most poorly served at the moment by our mental health services, and that's where the need is greatest."

Labour Invercargill list MP Liz Craig, a public health researcher by trade, highlighted what her work on children's and women's health had shown - that there were usually multiple causes for something.

She echoed the report in saying mental health and addiction issues also had many wellsprings, and urged the commission to maintain a wide field of operation.

"Making sure that people have got adequate incomes, adequate access to health services, to social security, and to justice - all the basic services that we as a country need to provide, making sure that we have got oversight of those as well.

"So when it's looking at one of the roles of the Mental Health and Wellbeing Commission, it's to, basically, assess and report publicly on some of these underlying determinants."

Good luck trying to legislate a framework to administer a commission which could consider almost anything, but at least everybody is on board - at this stage - in recognising it is work which needs to be done.

Dunedin South MP Clare Curran, for one, is suffering a serious case of too much information from the Grace Millane trial.

This week she tweeted: "Just saying I gave a speech last Thursday about new law which stops previous sexual history of any woman being used in a case involving sexual violence.

"Not law yet. I get that. But goddammit I can't stand it being so in our faces right now."

Fun on the farm

Clutha-Southland National MP Hamish Walker found himself in strife on Tuesday, having the rare "honour" of the bell being rung on his speech in the committee stages of the Farm Debt Mediation Bill (No 2).

Being belled means the MP must stop speaking, a chastisement which Ruth Dyson doled out after Mr Walker received two earlier warnings for not speaking about the Bill but instead addressing other, no doubt pressing, matters.

Mr Walker was repentant a few minutes later after completing his offering in the committee stage of the National Animal Identification and Tracing Amendment Bill (No 2): "That's about it for me. Hopefully, I'm better behaved than in my last speech."