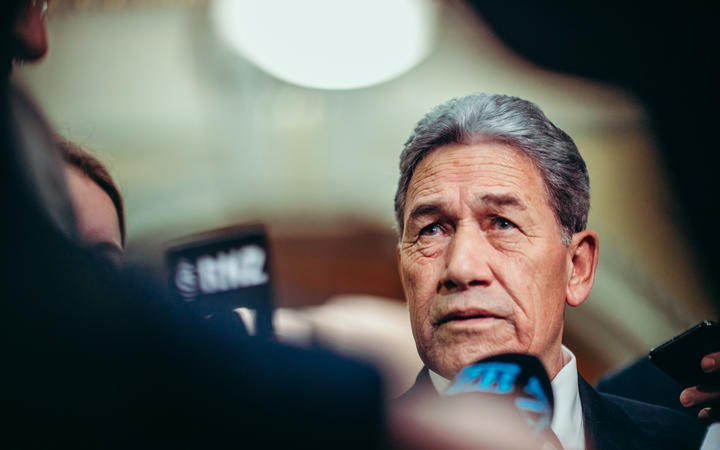 NZ First leader Winston Peters. Photo: RNZ
New Zealand First will face a Serious Fraud Office investigation over failing to declare donations after complaints were made regarding donations to the NZ First Foundation.

Police said they had assessed the file and "will be referring the matter to the Serious Fraud Office".

"As this matter is ongoing we are not in a position to comment further."

In the Commission's view, the donations were not properly transmitted to the party and not disclosed as required by the Electoral Act 1993.

The commission does not have the investigative power to form a view as to whether an offence have been committed.

Therefore, the matters have been referred to the Police.

The Police, according to the Commission, have the necessary powers to investigate the knowledge and intent of those involved in fundraising, donating, and reporting donations.

Many of these apparent donations to the foundation do not appear on the party's electoral returns.

In recent weeks, RNZ has reported details of some of the donors to the foundation.

That included companies controlled by Graeme Hart, with two donations of $14,995 being made on the same day. Three separate donations totalling $36,000 were also made by entities connected to the Van Den Brink family, which has an estimated net worth of $110 million.

That figure is important, as it's just under the threshold at which the donor has to be officially declared.

Yesterday, NZ First Leader Winston Peters issued a statement saying he was going to the police over what he called a "massive breach" of party information.

He said that ongoing media stories using as their source stolen information are designed to skew an even political playing field.

"New Zealand First has so far been sensitive to the circumstances surrounding the theft of party information but can no longer tolerate the mendacious attacks against the party and its supporters."

He did not say if he is comments were in relation to the information released about the NZ First Foundation.

Peters has always maintained the foundation was not in the wrong.

Peters and the NZ First Party have been approached for comment.