Opinion: Horomia's political shoes not going to be easy to fill 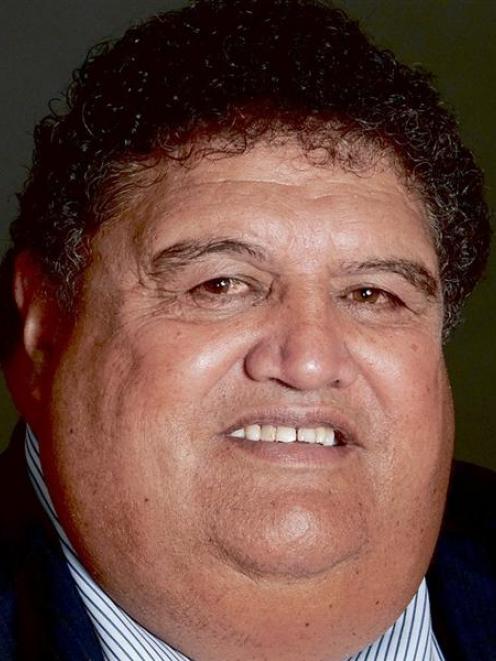 Parekura Horomia
The man who usually walked alongside the Labour leader to guide them on to a marae was not there this time. Instead, Labour's leader and his caucus were going on to a small marae in Tolaga Bay to farewell him.

walked alongside David Shearer instead. So began the shifting of the balances within Maori politics as Labour's kaumatua was laid to rest.

The impact of Mr Horomia's death will go further than simply selecting another candidate in his Ikaroa-Rawhiti electorate. Although Mr Horomia was not well known outside Maoridom, he was a potent force within Labour and Maoridom.

The first sign of the changes that will come was in the man walking alongside Mr Shearer.

Mr Jones does not take counsel from many people, but he did from Mr Horomia. Now he will be Labour's most senior Maori MP and expected to take up more of the responsibilities his friend had taken. Mr Jones was already one of the most public Maori faces for Labour, his rhetorical flourishes and ease with the media ensuring he was sought out. Mr Horomia's value was less public, but he was a critical bridge between Labour and Maori.

There are two schools of thought on what will happen in that electorate now.

One is that Labour is almost certain to win a by-election. The other, and the argument usually put forward by Labour's rivals, is that Mr Horomia was there courtesy of his own personal popularity rather than the party's.

The by-election will test that to a limited extent but Labour is unlikely to lose the seat, not least because of the circumstances that resulted in the by-election.

Mr Horomia's hold on the seat has been tested in the past, most notably after the Maori Party formed. That he held on in 2005, despite being the minister who took charge of the Foreshore and Seabed Act, was testament to his personal appeal and happened in spite of, rather than because of, his party allegiance.

His 10,000 plus majority of 2002 was stripped back to less than 2000 in both 2005 and 2008 after the Maori Party set up. However, the Maori Party was at the peak of its own popularity then. Last election, he had built it back up to a convincing 6541, voters apparently alienated by the split of Hone Harawira from the Maori Party.

But many believe Labour can not afford to take the seat for granted and that it will come down to the candidate.

Tamaki Makaurau is an urban electorate where the iwi lines are not such a factor. Te Tai Hauauru has 17 iwi of relative significance.

However, the Ikaroa Rawhiti electorate is dominated by two iwi Ngati Porou and Ngati Kahungunu. The relationship between the two is somewhat similar to that between New Zealand and Australia - friendly but fiercely competitive.

So when Ngati Kahungunu arrived en masse to put on the waiata in response to their speakers at Mr Horomia's tangi, it prompted an admiring Ngati Porou onlooker to observe that they had performed well: ''Outstanding. They could almost have been Ngati Porou. Almost.''

What it means is that when it comes to choosing candidates, parties will be acutely aware that iwi is more important than party to many voters. Mr Horomia has shown that the person trumps both, but all the credentials and good humour in the world will not be enough if that candidate does not have the whakapapa and reach on the ground to match.

The Maori Party will contest the by-election , but will be hampered by its own leadership issues, including Te Ururoa Flavell's challenge of Pita Sharples, and the need to select a new female co-leader to replace Tariana Turia. It will not help their cause that the leadership of Sharples, who is Ngati Kahungunu, is under threat.

It will also have to find the right candidate. By-elections are costly exercises, especially for small parties. But even if there is only a slim chance of taking the seat, there is value to both the Maori Party and Mana in the by-election.

Mr Horomia's argument for staying with Labour rather than crossing the floor on the Foreshore and Seabed Act was because he believed it was better to try to effect change, or at least ameliorate the damage, from the inside.

It is the same argument the Maori Party now puts forward to defend its support arrangement with National. It will have some advantages Labour does not. There will be a Budget between now and the by-election and although the pickings are likely to be slim in these frugal times, they will have something to show off on the campaign trail.

However, Labour is yet to announce the vast bulk of its new policies, giving its candidate little to campaign on beyond attacking the Government's record and its new power policy which could resonate in the more poverty-stricken areas of the electorate.

For the Mana Party, the by-election will coincide with leader Hone Harawira's Food in Schools Bill for free meals in low-decile schools. So win or lose, with little more than a year to go before the next election, both the Maori and Mana parties will take the opportunity to parade their feathers.

The tangi at Hauiti marae served to emphasise both how popular Mr Horomia was in Maoridom and how difficult it will be to replace him. On and on they came, in their hundreds, from the top of iwi hierarchy to the fence-builders he once worked with, school children, staff from before he went to Parliament. Even the National MPs had Parekura anecdotes. One recalled a tale he told about getting stuck behind the paddy wagons during the Bastion Point protests. He used the time effectively, letting the air out of the tyres.

Today Mr Horomia will be buried in the urupa next to the marae at Tolaga Bay. After that his fellow politicians will turn their minds to the political fallout. Until then, they have been remembering.

In the words of Hone Harawira, who was among many mixing his grief with a solid streak of humour at that tangi: ''I hope to hear all the people telling stories about that person to really give it to him. Let us remember him how he was. Not a king, not a chief, but a really good fellow.''