Peters began a media conference today by acknowledging the media and its coverage of the White Island disaster and South Island flooding last week.

The issue of media was the subject of the speech, Peters said, as he began discussing the importance of the work the media does.

"My party's fundamental position is that the role of the fourth estate is essential" Peters said, adding that the industry was in "dire straits" with advertising revenue falling, local papers being closed and reporter numbers falling.

"Our fourth estate is collapsing."

He cited social media giants such as Facebook making large profits at the expense of New Zealand media companies.

Peters also raised the subject of NZME's fresh bid to buy rival media company Stuff from its Australian owner, and the issue of a Kiwishare, an undertaking to protect journalists' jobs.

"The Kiwishare proposal is worth considering," Peters said. 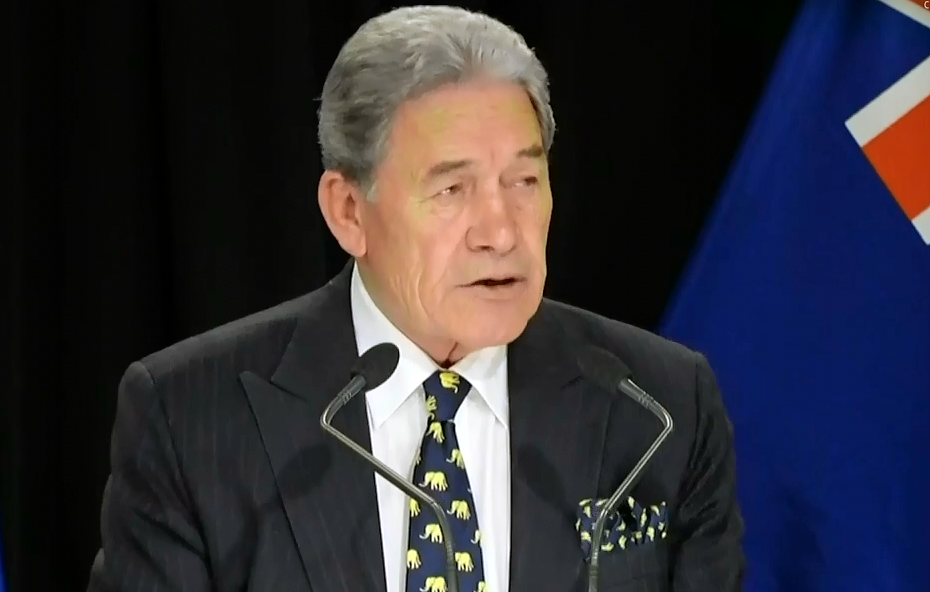 He had been cautious about supporting a NZME-Stuff deal which could be seen as a workaround of the Commerce Commission's decision to reject a merger, but had now been convinced to support it.

One of the commitments would be to keep a certain number of regional newspaper titles open, Peters said.

Peters said the NZME proposal to buy Stuff "is in the greater public interest and the national interest".

The attempts of the two companies, New Zealand's largest media companies, have been under way for several years.

In May 2017 the Commerce Commission declined to allow the two companies to merge, because it was "not satisfied that the merger will not have, or would not be likely to have, the effect of substantially lessening competition in a market".

The commission added that it was not satisfied that the proposed merger would provide benefits such that it should be allowed, and questioned the claims of the two companies about the likely impacts if the merger was declined.

The companies appealed the decision, but both the High Court and the Court of Appeal upheld the commission's decision in 2018.

The media's credibility was being diluted as PR people providing political commentary were given the same standing as political editors, Peters said.

"Our reporters are underpaid and overloaded" with the current state creating a focus on "breaking news, not thinking news".

"As one who has experienced the ravages of journalism, sometimes you have to accept criticism goes with the territory."