Peters will need all his skills to make a comeback 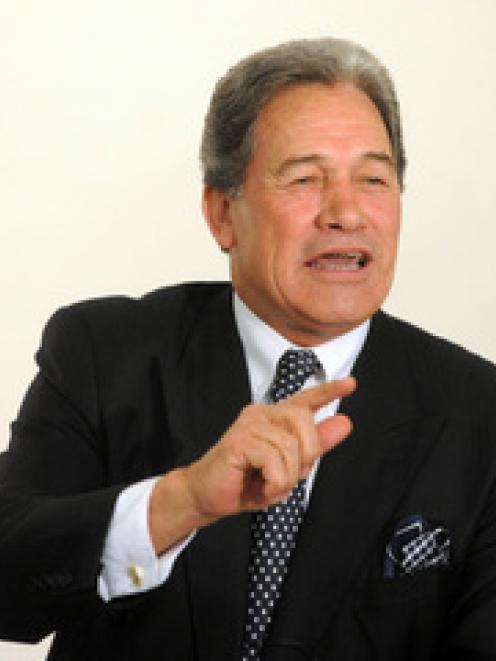 New Zealand First leader Winston Peters
Winston Peters is a very clever politician and that is why, for so long, so many people have said "you just can't write him off".

An intriguing opinion poll published at the weekend gives his New Zealand First Party 6 percent of the party vote and, on the basis of the figures for the other parties, it would hold the balance of power in Parliament.

This Horizon Research survey questioned nearly 2000 voters, a sample size about twice as big as most other polls, and it pushed undecided respondents into saying which party they were leaning towards.

The results are out of line with any other poll since the election, and until NZ First breaks 5 percent in at least one other survey the figures aren't going to gain much credibility.

On the face of it the poll looks like a rogue, the occasional aberration that delivers results different to others.

But the sample is high and the margin of error, at plus or minus 2.2 percent, is therefore lower than most others.

It would be surprising if, with the election still nearly a year away, NZ First really is within striking distance of getting back into Parliament.

Peters hasn't had much media space and he doesn't have the debating chamber to get himself into the news, a stage he used so effectively in the past.

But the election campaign will increase his exposure to voters, and he is sure to find issues which attract attention and attract those who are disenchanted with the policies and performance of the main parties.

He is very good at finding itches to scratch, and as an attack politician he still has no peer.

In the speeches he has made this year, among the dominant themes have been the sale of land to foreigners and the legislation to replace the Foreshore and Seabed Act.

Both are emotive, and the foreshore issue is already causing problems for the Maori Party and National. It is something that is going to reach its peak around the middle of next year, a few months from the election, and it could give Peters enough oxygen to gain the attention he needs to make an impact.

That would create the potential for a Labour-Greens-NZ First coalition to hold more seats that National with its support partners ACT, the Maori Party and United Future's Peter Dunne.

That can't be ruled out, but given National's remarkable popularity in mainstream polls, and Prime Minister John Key's huge personal appeal, it is difficult to believe Peters really could again be the king-maker.

If that did happen it would throw up all sorts of problems for the main parties.

Key took a chance before the 2008 election by saying he wouldn't work with Peters after it, at a time when NZ First was embroiled in the donations scandal.

National's leader won the gamble when NZ First just missed making the 5 percent it needed, and Key's decision to cut it loose before the election almost certainly caused the party to lose votes, perhaps enough to make the difference.

Whether Peters would ever forgive National for that may never be tested, but if it is Labour would benefit from any vengeance he might decide to inflict on National.

Peters has, in the past, been very difficult to deal with. He extracts major concessions as the price for his support, and demands very senior ministerial positions for himself.

When Peters was part of the Labour government, he had to stand down because of the donations row.

Putting aside the balance of power headline-making angle, could NZ First get back? Maybe, but it is really difficult for any party that has disappeared from Parliament to fight its way back in and one of the reasons is that the system favours the incumbents.

Those that are represented are in the same place as the press gallery, they have instant and personal access to the media.

Those that aren't issue press statements and hope they get noticed among the dozens of other emails that land every day.

The Kiwi Party and the Alliance comment on nearly everything that happens -- can anyone remember hearing or reading their opinions?

Peters does have a unique advantage over the rest, however. While most voters wouldn't be able to name the leaders of parties that aren't in Parliament, he still has very high name recognition and he is still a powerful personality.

He is also much more effective at forcing the media to take notice of him, and will almost certainly have some explosives to detonate during the campaign.

So, despite all the disadvantages that small parties face when they aren't in Parliament, let it be said again: You can't write Winston off.