Prepared to leave his mark 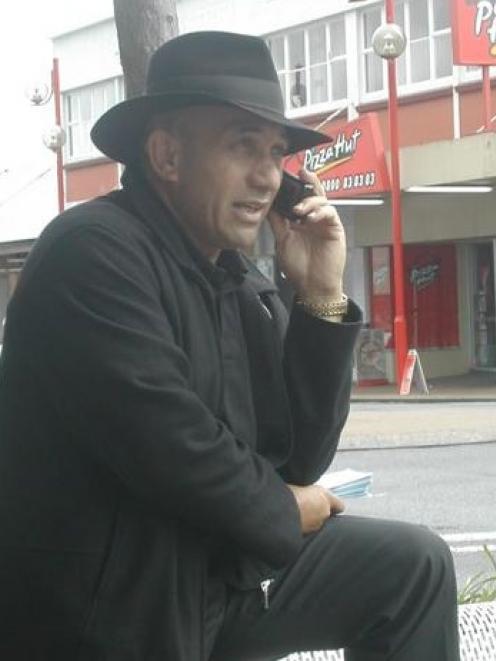 Ron Mark
Much has been written about the need for New Zealand First leader Winston Peters to win Tauranga to ensure the return to Parliament of the party. However, Political Editor Dene Mackenzie finds that NZ First MP Ron Mark could be the "sleeper" for the party as he contests Rimutaka.

National and Labour are getting up asking for the party vote. Not me.

Ron Mark has a novel approach to campaigning in the Rimutaka electorate he is contesting in this election. As a leading spokesman for the party on law and order, he is required to visit electorates around the country, campaigning hard for the party vote.

In Rimutaka, he stands up at meet-the-candidate nights and tells people he wants to be their MP.

If people tell him they are supporters of other parties, he accepts that but asks bluntly for their electorate vote.

"A vote for me will not be wasted," he said in an interview.

"National and Labour are getting up asking for the party vote. Not me. I want to be the MP for Rimutaka."

If Mr Mark does win the seat, something that would have seemed improbable this time last year, it changes the face of the NZ First campaign. Then, even if NZ First polls only 3%, as recent opinion polls have been indicating, it means that leader Winston Peters will return to Parliament thanks to Mr Mark.

Do not expect any fireworks in NZ First if Mr Mark does become an electorate MP, taking back to Parliament a team of his caucus colleagues. He is intensely loyal to Mr Peters, preferring to stay with his leader when the coalition with National broke up in the 1990s.

But he said guardedly that things would be different.

On paper, the seat is strong Labour, but talk around Parliament was that Mr Mark, a NZ First list MP since 1996, is quietly confident he is making some headway to becoming the MP for the electorate.

Pushing aside the usual rhetoric from electioneering MPs, he has a strong case to make.

He has a military background, he has an extended family living in the electorate, there is a strong prison service presence in the electorate and he has been out door knocking in some of the toughest neighbourhoods one can imagine.

Many retired military personnel live in the region, Mr Mark says having his late brother's children living in the electorate allows him to see some of the rougher sides of living in the electorate and when he is door knocking in places like Stokes Valley and Taita, he can relate to the frustrations being felt by families who are missing out on some things people in wealthier areas take for granted.

He was brought up in welfare homes and remembers the struggle of trying to break out of the poverty trap.

He went into the army at an early age and left 20 years later as a major. Having always adopted a tough stance on law and order, he has found a receptive audience among prison officers, and many of them are ex-military.

Tapping into the networks already there has given Mr Mark some confidence he might succeed. He studied in the former Central Institute of Technology and despaired how run down the facility now was.

He had a commitment from Mr Peters that if NZ First was in a position to make some requests as part of a new government after the election, that he would push for the facility to be given to the New Zealand Defence Force so it could expand its operations.

The defence force is the largest single employer in the Hutt Valley and Mr Mark expected to pick up a majority of that vote.

Those votes will not be enough as retiring Labour MP Paul Swain held the seat with a huge majority, but there is a swing in the electorate away from a traditional Labour voting pattern.

Campaigning in Rimutaka has not been easy for the MP who recently attended meetings in Timaru, Temuka, Waimate and Dunedin in one day.

He flew out of Dunedin on the first flight to Wellington, visited his office in Parliament before attending two meet-the-candidates meetings and doing some general campaigning in the electorate.

He arrived at his home at 1am.

Yesterday, (Friday) he was up at 5.20am to start a full day out on the campaign trail.

At Labour Weekend he had to make a tough call not to attend a military reunion in Palmerston North because he felt his time was better spent in the electorate.

His campaign team was enthusiastic although some of them preferred to keep a low profile he said.

He had been asked to stand in the electorate by the party and once his candidacy had been announced, he was contacted by some Labour voters prepared to help behind the scenes to get him elected as the MP but who would still give their party vote to Labour.

"No one is saying they don't respect me but a few people say they won't vote for me. But no matter if they vote for me or not, they get all of my attention if selected.

"The choice is clear. National and Labour have two young and untested candidates or me. I am a grandfather, a father and an MP for 12 years."

An opinion poll showed its support at 4.5% of the party vote and the Electoral Commission ruled its secretary, Anne Martin, did not commit an offence when she filed an incorrect 2007 donations return.

At 4.5%, the New Zealand Morgan poll's latest rating, NZ First would need just half a point to reach the crucial 5% threshold to win seats in Parliament.

Takes in traditional Labour areas of Stokes Valley, Taita, Kelson and Mangaroa, plus Upper Hutt and parts of Lower Hutt. Two new areas move to the electorate from Ohariu-Belmont which suggests a more conservative voting pattern for the electorate.