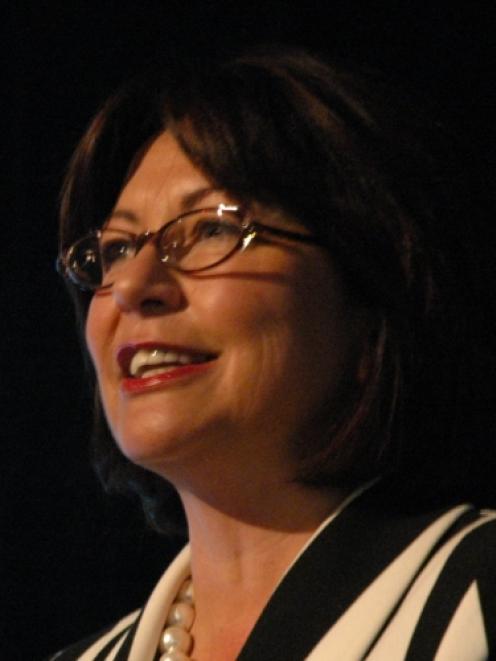 Hekia Parata
Education Minister Hekia Parata was heckled as she spoke about new class sizes in a roomful of intermediate and middle school principals this morning.

The Government was forced into an embarrassing backdown yesterday after it became clear it faced a backlash over planned new teacher-student ratios and said schools would lose no more than two teaching positions under the new ratios.

Speaking at the New Zealand Association of Intermediate and Middle Schooling in Auckland this morning, Ms Parata was heckled when she said schools would be able to make their own decisions on implementing the ratios.

"Rubbish. You made the decision for us," one man shouted out.

The minister spoke of the need for a "system-wide lift" in the country's schools.

She was at pains to stress the excellent job New Zealand teachers did but said that despite a five-fold increase in teacher numbers in the last 10 years, there was not a corresponding improvement in student achievement.

Media were asked to leave the conference while the minister hosted a question and answer session.

The $43 million a year the Government had anticipated would be saved and diverted to improve teaching quality as a result of the increase in class sizes will be cut because of the new cap on teaching losses but yesterday Ms Parata did not know by how much.

Neither she nor Prime Minister John Key have admitted that mistakes were made in calculating the effects of the new policy and yesterday she announced the cap as "good news''.

Gary Sweeney, principal of Pukekohe Intermediate School and president of NZAIMS, said the questions had kept coming back to staffing cuts.

"As a group of intermediate principals and teachers we kept coming back to the fact that we're not happy with that."

There was still a great deal of uncertainty around the changes.

The Government has agreed to set up a working party to look at the effect of the new ratio formulas.

Mr Sweeney was unsure exactly how they would be implemented at his school.

"Other schools may not have that luxury. They may have to say 'guys we're closing down the woodwork room, lock the door'."

Mr Sweeney hoped the Government would still be willing to compromise on its stance.

Speaking to journalists after the conference, Ms Parata said she was "very sorry" about the anxiety caused to some schools who had calculated they could lose up to seven students.

The Government had considered this and it was never a possible outcome.