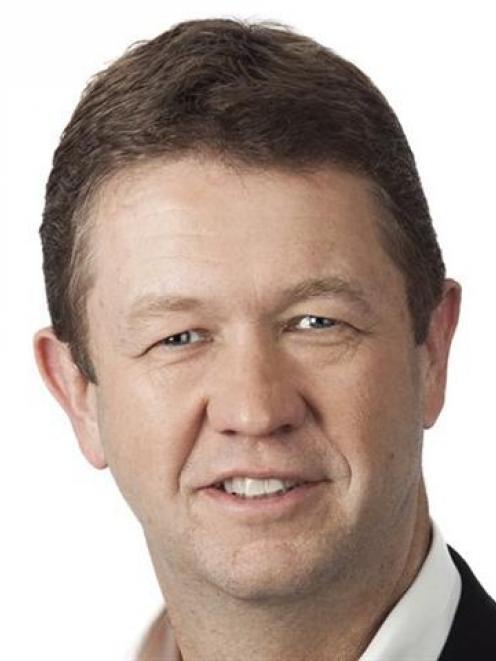 David Cunliffe
The final shape of Labour leader David Shearer's new front bench will be announced this afternoon but late yesterday a question mark remained as to whether it would include defeated leadership challenger David Cunliffe.

"We want to reflect that there's change and it's fresh-faced and I think people will see that... " Mr Shearer said yesterday.

Former finance spokesman Mr Cunliffe, his rival for the leader's job, "will have a very senior role", he said, refusing to say whether that would be on the front bench.

That was the stance he had taken with regard to the entire caucus, not just Mr Cunliffe.

"A few things have to be confirmed, so until I've confirmed them I can't go any further with it."

Beyond Mr Shearer and his deputy Grant Robertson, David Parker is expected to receive a high place and possibly the finance portfolio previously held by Mr Cunliffe.

That leaves five spots on the eight-strong front bench to be filled from a field likely to include Mr Cunliffe and running mate Nanaia Mahuta, along with Jacinda Ardern, Shane Jones, Maryan Street, Sue Moroney and Clayton Cosgrove.

Mending fences between Labour's various factions, including that which supported Mr Cunliffe and Ms Mahuta, was not the principal factor in the overhaul of the front bench, he said.

"We're basing our line-up on talent really as the No 1 criteria and there's plenty of talent no matter who supported who."

However, the line-up would give the public "a pretty clear indication of where we want to focus on in the next two years".

Labour's direction would also be clearly set out in the address and reply on Wednesday when Mr Shearer will give his first major speech as leader.

While that speech would highlight some of the areas where Labour does not agree with the Government, "what I will also try and do as well is to set out some of the priority areas we see as being important for New Zealand".

While he promised to fight hard on issues where the two parties disagreed, he indicated that under his leadership Labour was prepared to work with Prime Minister John Key's Government where appropriate.

"I want to keep an open mind on that. If there are things that are issues that stretch into the longer term that we think are beneficial for New Zealand, that if there was a change in Government in 2014, we would have to pick up, then I think we should work together, and we're happy to do that."

That was despite Mr Shearer's call last week on the Government for a cross-party committee on poverty being quickly rejected by Mr Key.

"That's fine if he wants to respond that way. What I'm doing is just openly saying... there's issues facing New Zealand where we need to actually come together rather than tearing each other apart."

Mr Shearer also indicated the policies Labour took into the election which included controversial plans for a capital gains tax, compulsory KiwiSaver and raising the retirement age would be reviewed in the new year.