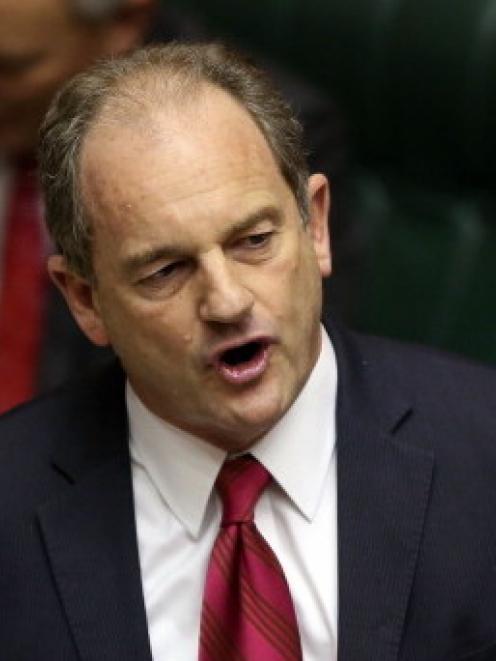 Labour leader David Shearer. Photo Getty
When David Shearer's former chief press secretary, Fran Mold, turned up for work at Parliament this week, it didn't take long for the drums to start beating about whether Shearer had hit the panic button and pulled her back for support during what could be termed this "difficult patch".

It turned out not to be quite so juicy; she was just filling in for a few people on leave and doing some planning.

But this difficult patch for the Labour leader has led to the inevitable questions about who is advising Shearer, whether they are good enough, and whether he is listening to them.

Shearer had been in Parliament for less than three years when he beat David Cunliffe to the post of Labour Party leader 18 months ago.

He steadily lifted Labour's support well above its 27.48 per cent polling in the 2011 election and his performance steadily improved, from a low base.

But now that the party appears to be heading steadily downwards, more fault is being found in Shearer's performance, the issues he is picking to run with and his television appearances. His hesitancy and apparent loss of confidence have become almost a red rag to the media bull, particularly television.

At the halfway mark to the next election, comparisons that show how far he has come seem less relevant.

A former Beehive insider said the relationship between a leader and adviser needed to be "a marriage between a good adviser [and] a politician really knowing his own head and having gut instinct".

What people are starting to question is whether Shearer has that gut instinct.

Predecessor Phil Goff says Shearer - who was one of Goff's advisers when he was Foreign Minister - has an inner toughness that people should not underestimate.

"He has been in situations that none of us have ever been in, which are life-and-death situations where you have to be tough to survive. He has some natural leadership skills that will serve him well."

But Goff said that Shearer, like every Leader of the Opposition, was up against the combined resources of a Government machine with huge resources and of some powerful bloggers behind it, intent on discrediting him.

Mold was highly regarded by Goff and Shearer but a career move by her partner took her to Auckland earlier this year. She was replaced in June by Julian Robins, an accomplished journalist with Radio New Zealand who had been based for many years in the Press Gallery. It is too soon for him to have made any impact.

The chief press secretary, also known as the media director, is one of four key advisers to the Leader of the Opposition. The other three are chief of staff Alistair Cameron, a former Wellington lawyer, political director Rob Salmond and research director Kate Challis.

They are not the only advisers, however. Shearer, like other leaders and ministers, will bring in advisers from time to time for special media training.

He had some training sessions over several months last year with Ian Fraser, a former TVNZ chief executive and top TV interviewer.

Whether Shearer is using anyone else this year, Robins won't say. But Linda Clark, political editor-turned-lawyer, says she's not involved.

Exactly what Shearer needs to do is open to debate, even among the expert media trainers. Talking on TV3's The Nation last weekend, occasional media trainer Bill Ralston said Shearer needed to simplify his messages. He was into "babble" and appeared to be self-editing as he spoke, trying to learn a script rather than having some key bullet points.

Edwards disagreed and believed Shearer had been doing just that and needed to do something completely different.

What is in no doubt, however, is that Shearer will be making progress when people are debating what he is saying, rather than how he is saying it.