From record-keeping to resignation: Curran's time in Govt 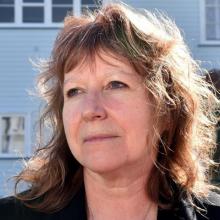 Clare Curran.
It was only weeks after Labour's Dunedin South MP Clare Curran was sworn-in as a Government minister on October 26 last year that she ran into trouble with her record-keeping.

From early November, the Broadcasting Minister, who had a clear vision for the future of Radio New Zealand, began texting the state-owned broadcaster's head of content Carol Hirschfeld to arrange a meeting.

That meeting took place at Wellington's Astoria Cafe in early December but Curran failed to disclose it in response to written questions from National's Melissa Lee.

When it later emerged that the pair had, in fact, met, they maintained it was a chance meeting, and Curran said she hadn't perceived it as an official meeting.

Hirschfeld lost her job after repeatedly telling her RNZ bosses, for unknown reasons, that it was a coincidental meeting.

RNZ chairman Richard Griffin and chief executive Paul Thompson were forced back to a select committee where they had earlier fiercely defended Hirschfeld, to apologise for misleading MPs over the nature of the meeting.

At the time, Prime Minister Jacinda Ardern stood by Curran, saying she had corrected the record, though it had taken two and a half months and she should have done it sooner.

At the time Curran was insisting her meeting with Hirschfeld was a coincidence, she was using her personal Gmail account to arrange a meeting with entrepreneur Derek Handley about the new government chief technology role that was going.

Curran, as Government Digital Services Minister, was a strong believer in the new role.

Although there are no hard and fast rules around the use of personal email for ministers, it is generally accepted that ministers ensure that anything official is passed on to staff and documented.

The meeting with Handley, on February 27, was not diaried and Curran's own staff did not know about it.

She again omitted to mention the meeting in answer to written questions, saying she simply forgot about it.

She didn't get off so lightly for her second offence, with Ardern sacking her as a Cabinet minister and stripping her of her open government and digital services roles a fortnight ago.

That occurred during a break in the parliamentary calendar and this week, the first sitting week since, Curran had kept her head down.

But on Wednesday she gave a nightmare performance while answering questions in Parliament from Lee, stumbling through her responses and obviously under pressure.

On Thursday she took personal leave and only this morning, Ardern said she had paid the price for her mis-steps.

• December 5: Curran and RNZ head of content Carol Hirschfeld meet at the Astoria Café in Wellington

• December 7: Curran omits the meeting with Hirschfeld from a list of meetings when asked about it in a parliamentary written question. She later corrected her answer to the written question to include the meeting, saying she hadn't perceived it to be an official meeting

• February 27: Curran holds a late night meeting in her Beehive office with entrepreneur Derek Handley over the Government's chief digital technology officer role. The appointment was made using her Gmail account, was not diaried, and her staff were unaware of it

• April 5: Griffin and Thompson return to the select committee to set the record straight on how the meeting came about

• August 24: Curran is sacked from Cabinet by Ardern and loses her Open Government and Digital Services portfolio responsibilities as punishment for not declaring her meeting with Handley

• September 5: Curran gives stumbling performance in Parliament under questioning about her use of Gmail to conduct government business

• September 7: Curran resigns as a Minister