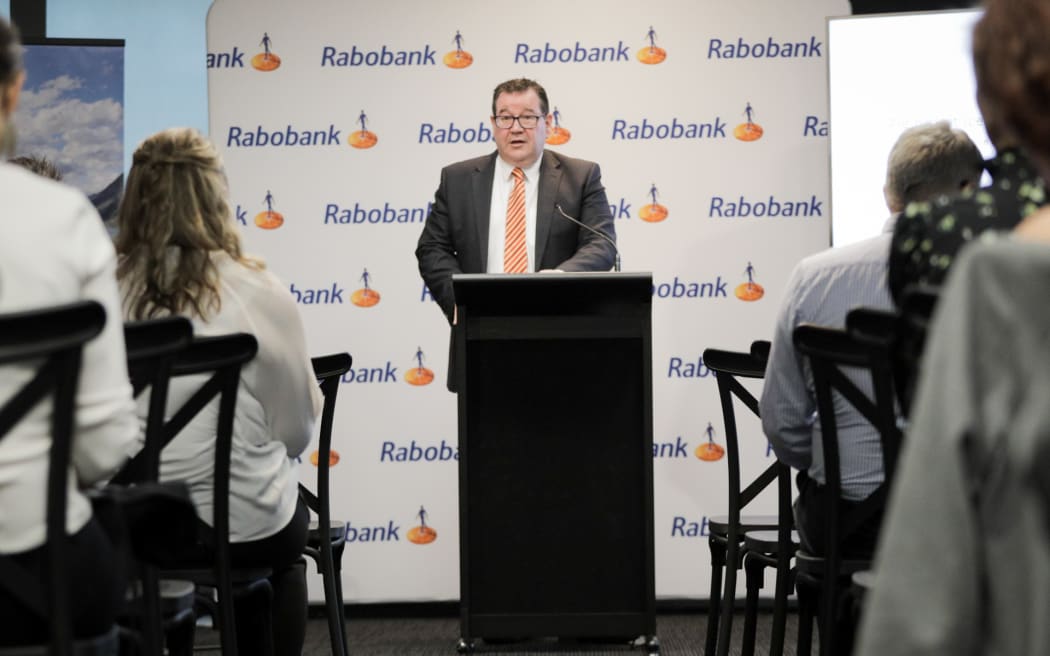 He said by restructuring government and "breaking down silos between departments" it would help the government plan better for better outcomes.

Robertson said health and climate change would be the two key spending areas in this year's Budget.

He said there would be a Climate Emergency Response fund with money gathered via the emissions trading scheme.

There would also be money for the already announced health reforms, emphasising that the heath system was flawed and that district heath boards would no longer be allowed to run up deficits each year.

The minister announced new debt measures, including a debt ceiling on government spending.

The debt ceiling would kick in once a surplus was reached and would require surpluses between 0 and 2 percent of GDP.

A surplus was not expected to be reached for another three years.

The new surplus rules would ensure current spending from current revenues, so that government did not add to national debt.

Robertson said surpluses would not be run too large, so spending on vital infrastructure and investment would not be neglected.

The minister said there was a gaping $104 billion infrastructure deficit, and that past governments had failed to make investment to drive productivity and to match population growth.

Robertson told the audience, in the post-pandemic world, he wanted to provide economic security to all New Zealanders, while also creating higher wage jobs that support a low emissions economy.

He said if the pandemic pressures hadn't been hard enough to manage, the inflation spike experienced across the globe would now provide another challenge.

He was keen however to emphasise New Zealand's economy had come through the pandemic better than almost anywhere else, receiving two triple A credit ratings from the two leading agencies.

GDP is up 5.6 percent from a year ago and economic activity was higher than pre-pandemic. Unemployment is at a record low of 3.2 percent, despite early pandemic predictions that it could rise as high as 10 percent.

Robertson said debt was set to peak at a half of Australia's, a third of the UK's and a fifth of the United States' debt, which he put down to the government's strong health response to the pandemic, which he said acted as the strongest economic response.

The government was now in a strong position to determine what investment was required to further grow the economy.

Robertson said the latest measure from the International Monetary Fund sees NZ's net debt peak at just over 21 percent of GDP next year before falling over coming years down to 16 percent.

The government has accepted Treasury's recommendation to shift to a new broader net debt indicator, bringing the country closer to the international norm to help compare fiscal sustainability to countries around the world.

Robertson says the new measure provides a net debt figure about 20 percentage points lower than the current one.

Budget documentation will continue to publish the old measure for transparency and the ability to make historical comparisons, he says.

"Our economic security and future are determined as much by our health and mental health, the skills and education that people have and the housing that we live in," he said.

To achieve this the government needed to do things differently.

Robertson said Budget 2022 would focus new spending on health and climate change, in both cases moving to multi-year funding allocations to better control costs by allowing for long-term planning.

DHBs had grown complacent, learning to run annual deficits because they know the annual budget allows them to do that, he added.

However, Robertson says Budget 2022 will "put an end to that" by introducing an initial two-year funding allocation as the streamlined health system is set up.

He said once this was set up, health services would move to a three-year budget so they can identify the services the public needed and then "get on with job of delivering services instead of delivering deficits".

Robertson announced a dedicated funding scheme for the climate change response would be created by placing the proceeds from the Emissions Trading Scheme into a Climate Emergency Response Fund.

It will operate as a four year rolling fund, allowing government to kick off programmes required to meet the Climate Commission's emissions budgets and invest in technology and innovation.

The Budget will pilot long-term funding for two multi-agency clusters in the justice and natural resources areas, he said.

The funding will allocated to achieve goals jointly set by ministers and departments receiving the funding.

The funding will be allocated over three years, meaning the clusters do not have to come back for funding applications each year.

As previous National governments ran deficits and increased net debt after the global financial crisis and the Canterbury earthquakes, the government had done the same to protect New Zealanders from the effects of Covid-19, Robertson said.

Robertson said with the impact of the war in Ukraine and supply chain disruptions as a result of Covid-19, the government is faced with running five years of deficits in comparison to National's six.

"The current generation is paying for its own consumption, taking pressure off inflation and putting the country in a better position to invest in infrastructure for future generations," he said.

The primary fiscal rule will be to maintain small OBEGAL surpluses in the range of 0-2 percent of GDP on average over time.

"There is a critical balance here for us to grasp - we can keep a lid on debt while finally making progress on our infrastructure challenges." Robertson said.

The government's change in fiscal approach would prove to be a pivotal change as New Zealand aimed to move towards a high wage low emissions economy, he added.

Robertson said he would speak to how the budget will address economic security and overall wellbeing in a speech next week.