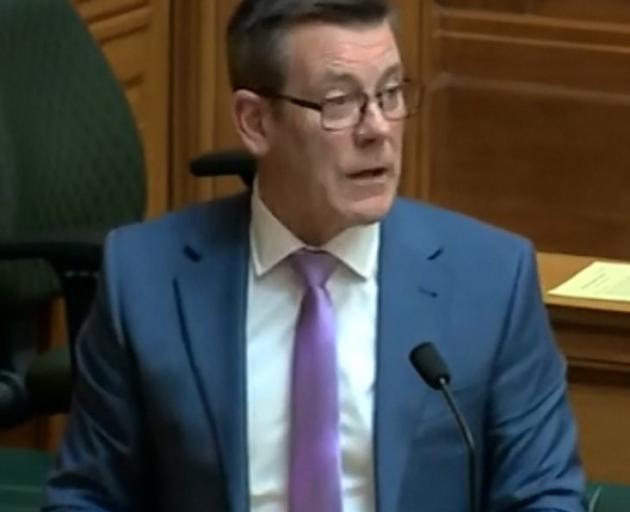 Michael Woodhouse
The financial situation for New Zealand's District Health Boards is continuing to deteriorate, with newly released data showing all but one are in the red.

And the overall position is expected to get worst too, with the Ministry of Health forecasting an end of financial year deficit of more than half a billion dollars.

The combined deficit for all 20 District Health Boards (DHBs) stands at $103 million as of August last year – according to the latest data available.

That's $20 million higher than the reported deficit at the same time the year prior.

The Ministry of Health (MoH) published the data in the first week of this month.

National's Health spokesman Michael Woodhouse said the data was "quietly released" by the MoH over the summer period so the numbers would get little attention.

"David Clark has shown little appetite or ability to remedy the situation. He's out of his depth and he knows it, which is why he quietly released the data online over the summer period."

The August numbers are the first tranche to be released from the 2019/20 financial year.

As well as showing the $103 million deficit, the numbers also show that the MoH expects the overall DHB deficit to be $534 million by June this year.

At $23 million in the red, Canterbury DHB has the highest deficit, followed by Waikato with $15 million then Auckland at $10 million.

South Canterbury, the only DHB with a surplus, was $1 million in the black.

The DHBs' financial performance came under intense scrutiny as the deficit deepened.

Last year, the New Zealand Herald revealed the Government was forced to pour extra emergency money into the DHBs after being warned hospital workers' pay could be affected without a bailout.

Information, released under the Official Information Act, revealed the Government had spent and extra $368 million more than it had expected on topping up DHB funding.

In December last year, the Government revealed it had enlisted the aid of former ministers, chief executives, top-ranking officials and mayors to help get the country's embattled DHBs back on a firmer financial footing.

interesting that national is blaming labor when under the National appointed commissioner the SDHB deficit doubled the Democratically elected boards deficit while at the same time maintenance costs went though the roof while the new hospital we were promised by 2018 (2008 National party election promise) stagnated to the point a business case wasn't even started by 2018. In 5he last decade a good proportion of the originally estimared 330 million new build costs was spent on building maintenance. It's no wonder the decade of neglect is coming home to roost.