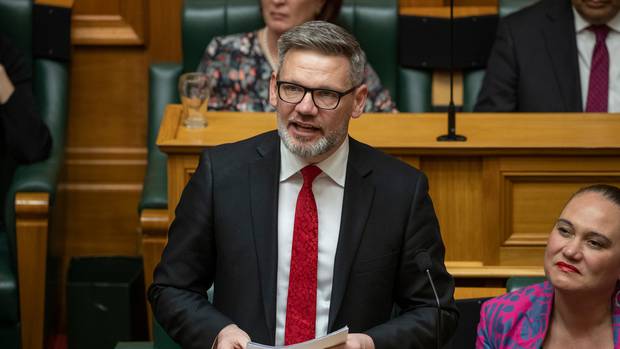 Ministerial Services undertook a line by line review of all his expenditure, including staff and spouse expenses for the period 1 January 2019 to 30 June 2020.

It followed his sacking as a minister by Prime Minister Jacinda Ardern after news of his extra-marital affair with a staffer emerged.

"I commissioned the review to ensure taxpayer money was not inappropriately used in the course of his relationship, and the report has found none was," Ardern said.

"The review has confirmed all expenditure was consistent with the relevant legislation, determinations and policies governing the use of public funds and no evidence of transactions that require further review.

"Following this report, but also Iain Lees-Galloway's exit from Parliament, I consider the matter now closed."

Lees-Galloway was in a relationship with a parliamentary staffer for 12 months and has cost him his political career - he will not contest September's election.

At the time there were reports he personally paid for her flights and accommodation so she could join him on a ministerial trip to Paris.

NZME was told of the Paris rendezvous with the woman - a former staffer from one of his departments - but there was no evidence that public money was spent on her.

Lees-Galloway (41) is married with three children. He said he had "acted completely inappropriately in my position and cannot continue as a minister".

Ardern said ministers having affairs was not necessarily inappropriate behaviour, and it depended on each individual circumstance.

But Lees-Galloway's position was untenable because he was the Minister for Workplace Relations and Safety, and he had opened himself up to accusations of improperly using his power.

Last week, he apologised to his family for the "trauma" and "humiliation" they experienced as the result of his affair.

"The trauma they have experienced has been excruciating," he said in his valedictory speech to Parliament.

In the first of the NZ Herald Kantar Vote 2020 polls, a total of 71 percent of voters said it was fair for Ardern to dismiss Lees-Galloway over the affair, while 19 percent said it was unfair because it was a consensual private relationship.

Five other women have made complaints about Falloon.

National leader Judith Collins was asked on the AM Show whether the National Party had received information about other parties and she replied that she'd passed on information to Ardern's office.

Lees-Galloway was dismissed later that day.