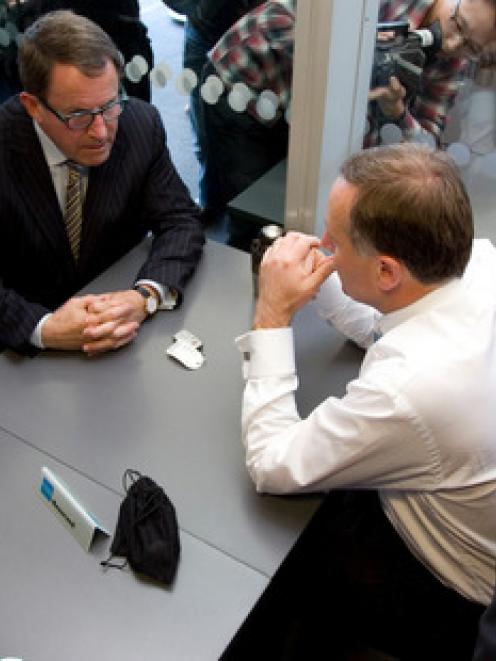 Mr Key said yesterday that it was "pragmatic" to pay a small settlement to freelance cameraman Bradley Ambrose out of his National Leader's Office budget.

However, his office said today that after taking advice from Parliamentary Service, this would no longer take place.

The settlement costs, which have not be disclosed, would be met by the National Party or by private contributions.

"The costs involved in the settlement with Mr Ambrose will not be met by the taxpayer," a spokeswoman said.

The legal costs which Mr Key had incurred so far in the case had already come out of his leader's budget.

His office said Mr Key was given approval by the Speaker in 2013 to use the fund for this purpose. It was not known how much he spent on his legal defence.

Mr Ambrose took a defamation claim against Mr Key after the Prime Minister claimed he had made an illegal recording of a meeting with former Act leader John Banks in a Newmarket cafe during the election campaign in 2011.

The cameraman, who was working for the Herald on Sunday at the time, said that the recording was not deliberate and that he had struggled to find work since as a result of Mr Key's criticism.