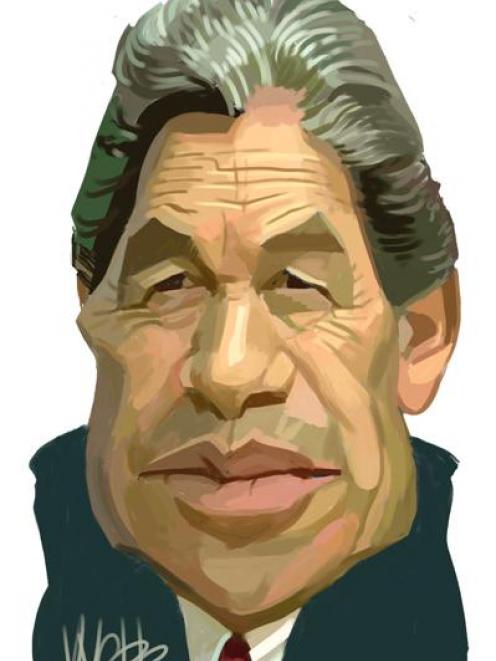 Winston Peters
Foreign Minister Winston Peters cast diplomacy aside yesterday as he questioned why there were so many "useless" men in power positions in the Pacific and not enough women.

Maori men also came in for a sideswipe when he suggested too many of them spent their time "parading around the maraes as peacocks doing no work".

Mr Peters made his comments at the foreign affairs and defence select committee at Parliament and rejected suggestions it could be perceived in the Pacific as arrogance.

"I don't seek to preach or hector them or lecture them.

''All we seek to do is ask some pretty simple questions like how come all these useless males are running the show."

Mr Peters said the lack of representation of women in the region was a great worry to him.

"It seriously worries me.

''It needs to be said in the most blunt way to the leaders of all those countries such as `where are your women?' "It is not ethnically or culturally insensitive to ask a fundamental question like that."

Mr Peters, the New Zealand First leader, has one woman MP, Barbara Stewart, in his caucus of seven.

When he became Foreign Minister in 2005, he said the Pacific would be a priority of his.

Until more women were represented in Parliament, some of the sexual health and reproductive issues would not get on to the agendas of Pacific parliaments, she said.

Mr Peters said both Samoa and the Cook Islands had better records than others in electing women representatives.

"The paradox here is that anyone who knows the Pacific knows, from Maori through to Rapanui and all the way north, is that women do all the work, all the work."

They also carried most of the "angst and agony" of their community on themselves.

He said he had made no bones about giving his view on the matter.

"If you want commitment and drive and ambition to work in a greater collegial or community sense then you must place your faith in the women of this part of the world far more than the men who - present company excepted - tend to spend most of their time parading around the maraes as peacocks doing no work whatsoever."

The 38 women MPs in New Zealand Parliament represent 31.4% of all MPs.

The Green Party has the highest representation of women (66%), Act New Zealand and United Future have only two MPs apiece, a male and a female, so technically half their caucuses are women.

Labour women are 34.6% of its caucus; National has 27%; the Maori Party has 25%; New Zealand First's is 14%; and Jim Anderton's as the sole MP in the Progressive Party has no women. - The New Zealand Herald