Week in politics: Peters will face a tough task in Tauranga 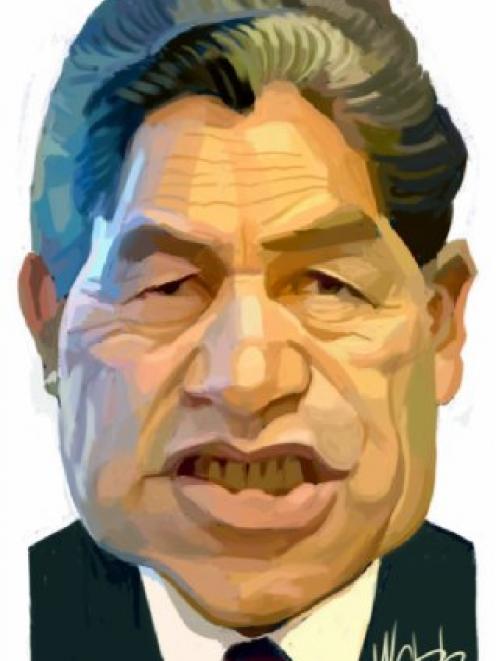 Winston Peters
Winston Peters will be disappointed that National last night selected a new candidate to contest the Tauranga seat.

The New Zealand First leader had been relishing a contest with Bob Clarkson, and not just for utu.

Mr Peters stood a very good chance of regaining the seat from the one-term National MP whose mystique has rubbed off quickly and who has always struggled to look comfortable as an MP.

A contest with Mr Clarkson would have made Mr Peters' look decidedly sophisticated, fresh and energetic.

Mr Clarkson initially said this year he would stand again.

The news was not met with rapture in National because its own groundwork suggested Mr Peters had the upper hand.

But having defeated Mr Peters in 2005, Mr Clarkson was owed the respect of making the call and not being bullied out of the candidacy.

The message, however, either got through to Mr Clarkson or for other personal reasons he has changed his mind.

Mr Peters will face a younger and newer face, someone who more represents the sort of change that National is projecting nationally, through leader John Key.

That will be a tougher contest for Mr Peters.

The mood for change has stubbornly persisted in the polls for almost two years, and there is perhaps as little as four months to go to the election.

Will the harder task put Mr Peters off? Not likely.

He as good as declared for the seat in a speech to the electorate AGM on May 25, stopping just short.

Electorate chairman Roy Townhill thinks it will now happen at the party's convention in mid-July.

But that will be held at Alexandra Park in Auckland - where Mr Peters launched his party 15 years ago - and is not a fitting venue for a parochial Tauranga announcement.

The news is likely to be unveiled before then, and in the electorate.

Mr Peters has put off confirming his nomination for Tauranga for good reason.

From the moment he does declare, he opens a third front that will require careful management beyond the two jobs he juggles now, Foreign Minister and New Zealand First leader.

Every absence from important local events will be fodder for opponents - with the exception of him hosting a visit from United States Secretary of State Condoleezza Rice.

He might then have earned a get-out-of-jail-free card for having accepted the "baubles of office" when he said he wouldn't.

Delaying his declaration is also vintage behaviour for a politician who is well practised at doing the Dance of the Seven Veils.

Mr Peters will never say today what he can hint at tomorrow and again the next week.

Less certain is just how Mr Peters will conduct himself in relation to other parties in the run-up to the election.

Having worked constructively with Labour now for almost the whole term and with no chance of him "pulling the plug"in the last few months, he has an advantage he has never had before.

Unlike last election, there will be no credibility issue - in theory - over his promise to deliver stable Government with either main party.

Whether he can go so far as to demonstrate that in practise, by being more even-handed in his treatment of the major parties, between now and the election is doubtful.

Reducing his attacks on National at this late stage would be an unnatural act.

And with serious business still under negotiation between New Zealand First and Labour, it would be equally unnatural to enter a period of contrived distance between them.

For its own credibility, Labour is desperate to get the Emissions Trading Scheme Bill passed in the three remaining blocks of three weeks in the sitting programme.

Its political advisers are thought to be working in over-drive to achieve agreement with both the Greens and New Zealand First.

Stitching a deal together without New Zealand First would be possible but is not a viable option.

If it were a deal that appealed only to "fringe" parties - Greens and Maori Party - and not the centrist party, it would probably not be a deal that Labour could sell to the public generally, anyway.

In that sense, New Zealand First demonstrates its worth to Labour, not just in pure numbers, but as a moderating influence and as a means to accentuate the National Party's hold-out position as cynical politicking.

New Zealand First also holds the balance of power on the Real Estate Agents Bill, which Labour is less desperate to pass since realising it might not have the numbers.

Mr Peters is not blindly following Clayton Cosgrove's demonisation of agents and his staff are negotiating their way to an agreement.

Mr Peters' declaration for Tauranga - when it comes - will be made with every confidence that his fortunes are heading up.

He did well from the Budget, in terms of what it delivers to the elderly and in the polls.

New Zealand First support increased slightly in the Herald DigiPoll and the TNS TV3 poll and jumped in support in Colmar Brunton's to 4.4%.

His weakness throughout this term, however, has been his ability to accumulate a clutter of extraneous negatively impacting issues that become defining issues for the party.

Among them are were the long delay in deciding whether to pay back the unlawful 2005 election expenditure; the decision to give it to the Starship Hospital then to other charities when they turned it down; the mysterious large donation in the party's accounts; the mysterious nil return in the party's donations declarations; and his natural inclination to blame anyone but himself, and preferably journalists, for his misfortune.

With a strong campaign by Mr Peters and the discipline not to be drawn into distracting side-alleys, it might be National that turns out to be disappointed in Tauranga. - Audrey Young