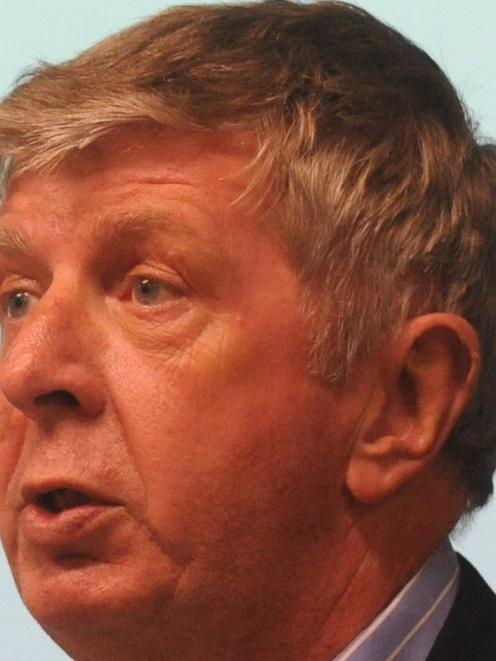 Maurice Williamson
National MP Maurice Williamson has revealed he used Chinese businessman Donghua Liu's neighbouring holiday home in the Coromandel and had done renovations on the property, despite earlier claiming Liu was not a friend.

The new details about his relationship with the wealthy Chinese investor and National Party donor came as Mr Williamson denied preferential treatment for Liu.

Announcing his resignation as a minister yesterday, the MP distanced himself from the businessman. He told reporters outside his Pakuranga electorate office that they were not friends, noting that Liu did not speak English, and they did not socialise.

He later revealed that Liu owned a bach next to his family's house at Pauanui, and the MP had used the property and performed minor repair work on the house when Liu was in China.

"I'm a fan of being a handyman and the house was good to be able to use while we were doing it," he told Campbell Live.

Mr Williamson recommended the neighbouring holiday home to Liu when it went on the market.

He also said he had eaten dinner with Liu as part of a group five or six times.

It has previously been revealed that Mr Williamson lobbied for Liu to gain citizenship - against official advice - and his citizenship ceremony was held in Mr Williamson's electorate office.

But the MP rejected accusations that he allowed Liu's wealth, donations, or friendship to influence his judgement.

Mr Williamson said he believed he was doing his job as an MP when he contacted a police superintendent to inquire about two domestic charges laid against Liu in December.

He had been "shocked"at the charges because Liu had required a clean record to get a New Zealand visa.

Asked why he told the superintendent about Mr Liu's large investments in New Zealand, he said it was to provide "background"for police.

But he admitted that he made an error in judgement.

"There is clearly a perception that a Member of Parliament should not call the police at all about a case and I will make sure I will never do that again."

He was "shattered"and "gutted"about his demotion to the backbenches and his family was "in a bit of tatters".

Prime Minister John Key was in no doubt that Mr Williamson had "crossed the line"by contacting police.

"There's no grey in this, in the end there's a line. The line says that ministers do not involve themselves in police prosecutions, because constabulary independence runs at the heart of the New Zealand judicial system.

"Ministers cannot, in my opinion, make phone calls when there's an ongoing prosecution, whatever the motivations.

"The minute he made the phone call, in my view, he crossed the line."

Mr Williamson vowed to hang onto the Pakuranga seat he has held for 27 years.

He has already been chosen as National's candidate in Pakuranga, where he won with one of the largest majorities in the country in 2011 - 13,800 votes.

He could have new competition. Conservative leader Colin Craig and Act Party leader Jamie Whyte have both expressed interest in the electorate.

Dr Whyte, who grew up in Pakuranga, said last night he had new confidence after yesterday's events.

- By Isaac Davison of the NZ Herald