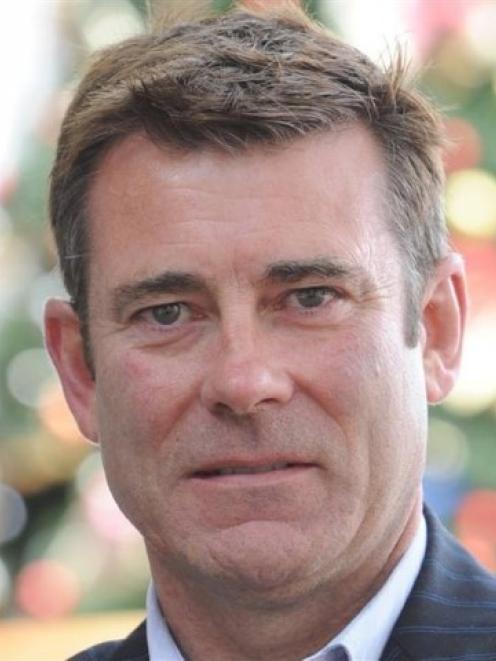 Dr Clark was yesterday moved up one place in Labour's caucus reshuffle but failed to impress Trans Tasman.

The only MP south of the Waitaki River to go up in the rankings was National list MP Michael Woodhouse who, as a cabinet minister, holds the portfolios of immigration, police and workplace relations and safety.

Mr Woodhouse rose half a point to 7.

He was caught short by the safety law definitions because he did not read his papers.

But he had learnt a valuable lesson.

Mr Woodhouse was dealing with some tough portfolios.

Dr Clark has been tipped for higher office within the Labour Party despite backing the wrong person in the previous two leadership contests.

However, Trans Tasman said his desire for media headlines sometimes overtook his capabilities and he had had several misfires that had not connected and had hurt important relationships.

Dunedin South MP Clare Curran also took a hit in the ratings, falling one point to 3.5.

Ms Curran continued to have discipline problems and had a reputation for running to the party leader when she did not get her own way.

She could be a much more valuable MP with a more mature approach.

Trans Tasman said it should be his last term.

He was another MP for whom the change to Andrew Little's leadership, and his own lack of decision, had been catastrophic.

''It makes you wonder why the Greens bother with the co-leader one male one female set-up,'' Trans Tasman said.

Waitaki MP Jacqui Dean had been tipped for promotion but would probably have to accept it was not going to happen.

Just north of the Waitaki, Rangitata MP and Community and Voluntary Sector Minister Jo Goodhew fell half a point to 3.

She had been handed a hopeless bunch of portfolios and had pretty much sunk without a trace as a result.

And at the bottom of the region, Invercargill MP Sarah Dowie and Clutha-South MP Todd Barclay have both proved to be disappointments.

Of Mr Barclay, Trans Tasman said he had been marked out as one to watch.

But what had he done?

Not a stellar year.

As an ambitious new MP, Ms Dowie was struggling to make an impact.

''The flag debate may still deflate his ego but he is still far and away New Zealand's most popular leader. Has done well on the global stage.''

Mr Little, who announced a reshuffled caucus yesterday, was on 6 points, down 1, along with Chris Hopkins.

Politician of the Year was Act leader David Seymour on 8.5 points.

Trans Tasman said Mr Seymour had handled his work with dedication and was a genuine talent.

His move to ensure bars could open during the Rugby World Cup showed how in touch he was with public thinking.