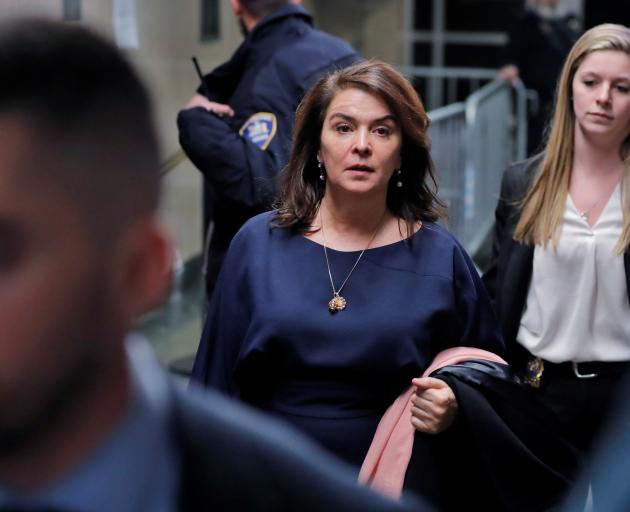 "He had intercourse with me as I tried to fight, but I couldn’t fight anymore because he had my hands locked," she told the New York jury of seven men and five women on Thursday.

Weinstein, sitting at the defence table, took notes on a legal pad at times during the testimony. 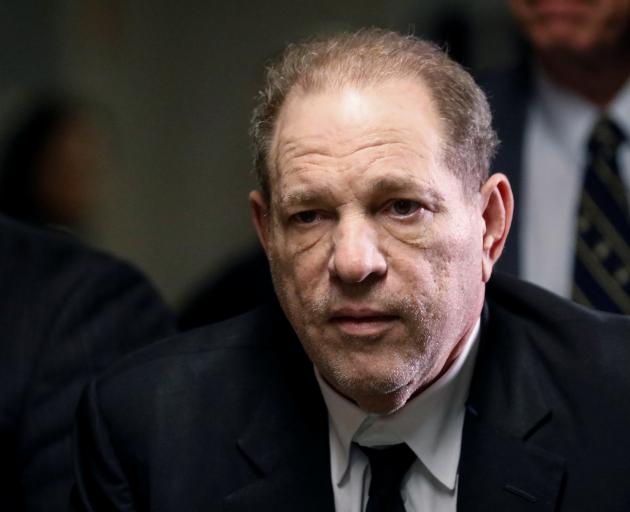 Harvey Weinstein denies allegations. Photo: Reuters
The 67-year-old has pleaded not guilty to charges of assaulting two women, Mimi Haleyi and Jessica Mann. He has said all of his sexual encounters with women were consensual.

Sciorra's allegation from the winter of 1993-94 is too old to be charged as a separate crime, but prosecutors hope it will show that Weinstein was a repeat sexual predator, a charge that could put him in prison for life.

As the trial wrapped for the day, prosecutors said they wanted to call actress Rosie Perez to testify that Sciorra told her about the alleged attack, a request the defence opposed. James Burke, the judge presiding over the case, said he would rule on the issue "soon enough."

The trial is a watershed moment for the #MeToo movement, in which women have gone public with allegations against powerful men in business and politics.

Since 2017, more than 80 women, including many famous actresses, have accused Weinstein of sexual misconduct.

Weinstein reshaped the independent film industry with critically acclaimed pictures such as The English Patient and Shakespeare in Love.

Actresses Ellen Barkin, Mira Sorvino and Rosanna Arquette sent Twitter messages of support to Sciorra, best known for her role in HBO's The Sopranos, Barkin was in the courtroom for her testimony.

Sciorra told the jury that the evening of the alleged rape had started with Weinstein giving her a ride home from an Irish restaurant. After dropping her off, he knocked on her door and came inside uninvited.

She testified that after forcing intercourse on her, he performed oral sex on her as she protested.

"It was just so disgusting that my body started to shake in a way that was very unusual," she said. "It was like a seizure or something.”

Rotunno repeatedly asked Sciorra if she had tried to get away from Weinstein and whether she had fought back during the alleged rape.

Sciorra said she did not recall the details of the struggle but repeated that she felt she could not escape.

“He was frightening,” she said.

During rapid-fire questioning, Rotunno grilled Sciorra about whether she had called the police, gone to the hospital or immediately told anyone she had been raped.

Sciorra said she had not.

“At the time, I didn’t understand that it was rape,” she said.

Sciorra told jurors that she saw Weinstein several weeks later at a dinner where she tried to confront him and told him she fainted during the alleged attack.

She said he responded by saying, "That’s what all the nice Catholic girls say."

She said Weinstein leaned in and said: "This remains between you and I." Though he laughed, his tone was "very menacing," Sciorra said.

On Friday, prosecutors are expected to call Barbara Ziv, a Temple University psychology professor, as an expert.

Ziv will testify about "rape trauma syndrome," including why rape victims might not report what happened to them or show obvious signs of trauma, according to court filings by prosecutors.