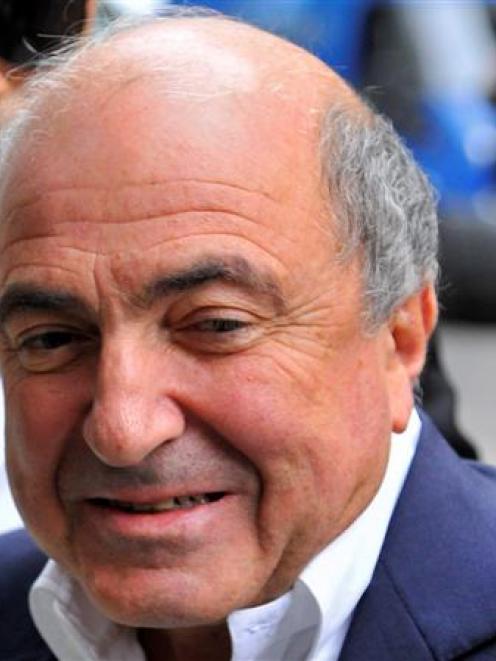 The case, which started on Monday, is followed closely by Russia watchers from London and Moscow alike for any new clues into the murky world of Russian business and politics.

Speaking in a courtroom packed with stern-looking bodyguards and armies of lawyers and aides, Berezovsky said Abramovich would have got nowhere without his political connections in the rough and tumble world of Russian business in the 1990s.

Speaking about Russia's turbulent decade -- when both he and Abramovich made most of their fortunes -- Berezovsky said one had to be "smart" to be successful.

"He (Abramovich) was not so," said Berezovsky, who spoke in heavily accented English but occasionally conferred with a Russian interpreter. He added: "To get leverage you need to be smart... He looks like not a person of first level, of first-level businessman at that time."

Sitting at the opposite end of the courtroom, Abramovich showed no emotion as he listened to the Russian translation of the proceedings through headphones.

Berezovsky, who lives in exile in London, says Abramovich "intimidated" him in 2000 into selling shares in Russian oil company Sibneft at a fraction of their value. 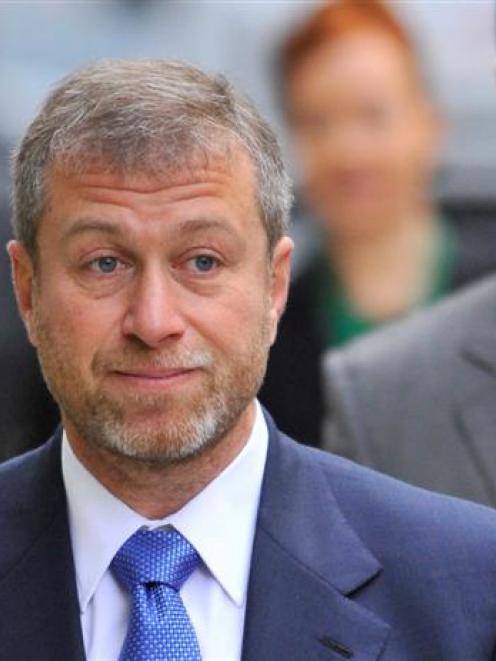 Roman Abramovich arrives at court. REUTERS/Toby Melville
Abramovich, 44, who owns Chelsea Football Club, denies that Berezovsky ever had an interest in Sibneft. He made no remarks in court on Thursday.

Berezovsky was once so close to former Russian President Boris Yeltsin that he became the first businessman to be allowed to join the presidential tennis club, the court heard.

The club gave him direct access to Yeltsin and helped make him one of the most politically influential oligarchs in the Russia of the mid-1990s.

But Berezovsky fled to Britain in 2001 after falling out with Vladimir Putin, who succeeded Yeltsin. He is now one of the most vocal critics of the Russian government.

It was in return for Berezovsky's political patronage that the then up-and-coming businessman Abramovich paid him at least $2 billion between 1995 and 2002, Abramovich's lawyer Jonathan Sumption said on Tuesday.

Berezovsky replied to Sumption's questions in an unhurried manner which sometimes became argumentative, prompting the judge to say at one point: "Can you just answer the questions please, Mr Berezovsky? It's not a conversation, (it's) a cross-examination, it's a formal process."

Berezovsky said Russia had become increasingly corrupt over the past decade, describing corruption at between three and four out of 10 in the 1990s, and at 10 out of 10 now.

"I am not corrupt and I didn't bribe anybody," he added.

Berezovsky says his decision to sell his Sibneft stake was influenced by fears that, if he refused, Abramovich would ensure Putin intervened and the shares would be expropriated.

The next court hearing is scheduled for Friday.