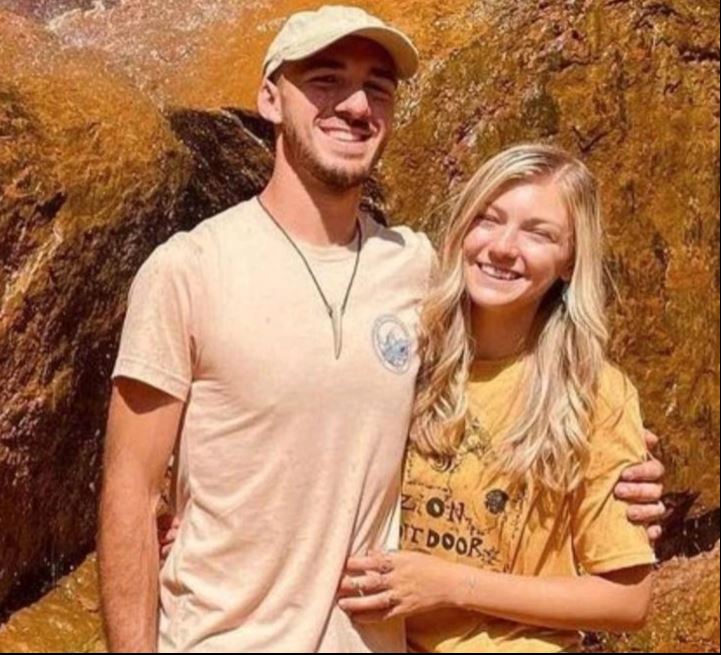 Gabby Petito and Brian Laundrie. Photo: Supplied
Searchers looking in a national park in Wyoming for missing Gabby Petito found a body "consistent" with the 22-year-old woman in a remote area on Sunday but have not yet made a formal identification, the FBI said.

Petito was reported missing after her boyfriend, Brian Laundrie, returned home from a months long cross-country trip without her on Sept. 1. Laundrie, 23, has been named a "person of interest" in the case.

"Full forensic identification has not been completed to confirm 100% that we found Gabby, but her family has been notified of this discovery," Jones said, adding that the cause of death was yet to be determined.

The Teton County Coroner's Office said earlier on Sunday that they had been called to retrieve a body from a national forest. Medical examiners there were expected to perform an autopsy which might lead to identification.

Gabby's father, Joseph Petito, posted a photograph of his daughter on Twitter following Sunday's press conference. The photo, which shows Gabby standing between two painted wings, was captioned: "She touched the world"

Laundrie returned alone to North Port, Florida, on September 1 in the white van the couple had been driving across the country since June.

On Friday family members of Laundrie told investigators that they had not seen him in three days.

Since then, local police and FBI agents have been combing a 25,000 acre wilderness preserve near North Port but have found no sign of him.

Petito and Laundrie left her home state of New York on their road trip in June, heading west in the van with plans to visit national parks along the way. They documented the trip on social media.

Petito posted her last photo on August 25. Her family believes she was headed to Grand Teton National Park in Wyoming when they last heard from her. Before disappearing, Laundrie had refused to speak with investigators and retained a lawyer. 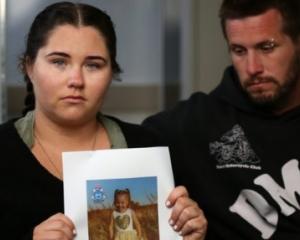