Bomber kills US soldier at Afghanistan base 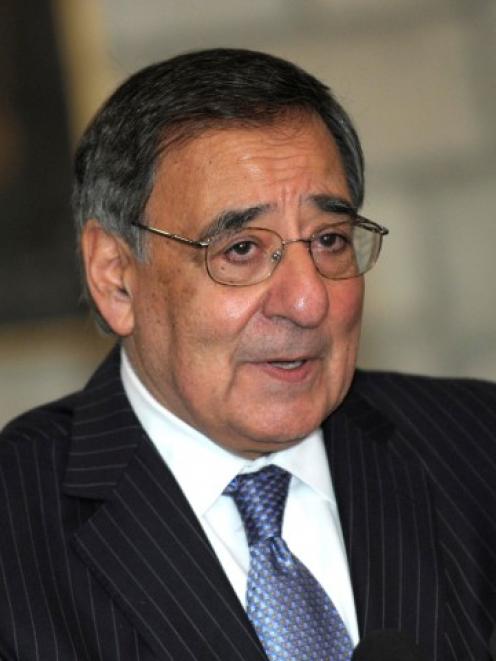 Panetta dismissed the attack as a desperate and futile attempt by insurgents to sow chaos in Afghanistan.

He announced that Afghan President Hamid Karzai would head to the United States in the week of Jan 7. for talks with President Barack Obama on the future the US presence in Afghanistan after the NATO-led mission ends in 2014.

But the attack, which was reported to have wounded more than a dozen Afghans, was a reminder of how insurgent violence is still adding to the death toll in the 11-year war -- even as the United States and its allies prepare to hand over security to the Afghans.

"That was the type of attack that we've seen throughout the country," Panetta said. "This is what they resort to in order to try to continue to try to stimulate chaos in this country. They will not be successful at doing that."

Panetta travelled to Afghanistan in part to firm up options to present to Obama about how many troops to keep in the country once the NATO combat mission ends.

To that end, Panetta said Karzai and Obama would in Washington "discuss a shared vision of Afghanistan beyond 2014," including discussions about residual US troop levels. Panetta did not rule out the possibility that an announcement could be made at that time.

"Ultimately I assume that when they feel it is appropriate, that (the size of the residual US force) will be revealed to not only the American people, but the Afghan people as well," Panetta said, flanked by Karzai at a news conference in Kabul.

Obama campaigned for re-election partly on a promise to wind down the war in Afghanistan. One US official has told Reuters that options under consideration included keeping as few as 6,000 troops in Afghanistan, compared to 68,000 now.

At the start of their private meeting at Karzai's palace in Kabul, the president asked Panetta about the attack at Kandahar Airfield and whether the insurgents knew he was visiting the base. Panetta responded that the attack was on the outskirts of the base after he was gone.

The suicide car bomber rammed into an armored vehicle at approximately 5:15 p.m. around the perimeter of Kandahar Airfield, in the country's south. Just hours earlier, Panetta had praised US troops there for their sacrifice and noted the death toll from the Afghan conflict.

"But the bottom line is that those sacrifices, all of those sacrifices are not in vain. We have made good progress in achieving the mission that we have embarked upon -- and it's because of you."

A trip by Panetta to Afghanistan in March was overshadowed by an attack on his welcoming party by an Afghan translator, who drove a stolen vehicle onto the runway ramp. At some point the man set himself on fire in a failed attempt to detonate the vehicle and died of his injuries.

US military commanders, briefing media traveling with Panetta this week, have praised the growing capabilities of the Afghan Army and, after a rapid buildup in its troop levels, suggested Afghan forces would be able to be able to secure the country once most foreign troops depart.

US Major General Lawrence Nicholson, who runs day-to-day operations for the NATO-led mission in Afghanistan, said on Wednesday that Afghan forces would not be perfect in 2015 but would be up to the job, with very limited US support.

At Kandahar Airfield, the top NATO commander of the southern region of Afghanistan said he would need fewer troops there next year because of security gains and the growing capability of the Afghans.