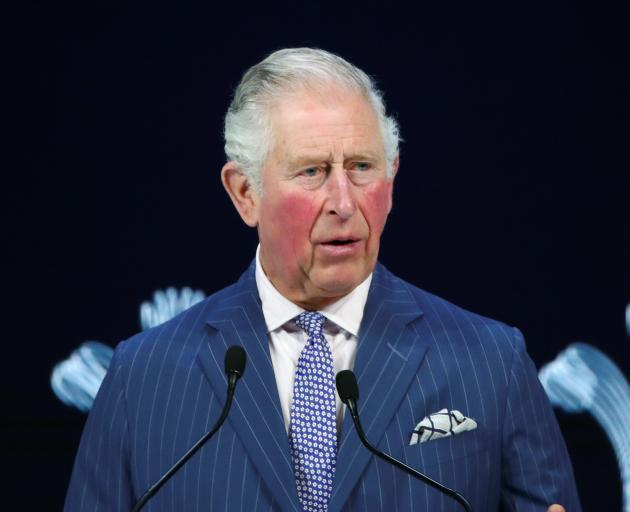 Prince Charles has spent much of his life campaigning for business and governments to take more notice of environmental issues, admitting that "quite frankly it has been a bit of an uphill struggle". Photo: Reuters
Prince Charles says global warming and climate change are the greatest threats humanity has faced and is calling on business leaders in Davos to act now to create a sustainable economic future.

In a speech to the annual meeting of the World Economic Forum (WEF) in the Swiss ski resort on Wednesday, the British heir-to-the-throne said it was time for everyone in a leadership role to take action "at revolutionary levels and pace".

"We are in the midst of a crisis that is now, I hope, well understood," he said. "Global warming, climate change, the devastating loss of biodiversity are the greatest threats that humanity has ever faced and one largely of our own creation."

The 71-year-old prince, who chose to make the final leg of his journey to Davos by electric car rather than helicopter, has spent much of his life campaigning for business and governments to take more notice of environmental issues, admitting that "quite frankly it has been a bit of an uphill struggle".

"What good is all the extra wealth in the world, gained from 'business as usual', if you can do nothing with it except watch it burn in catastrophic conditions?" said Charles, who was at Davos to launch a Sustainable Markets Initiative that aims to find ways to decarbonise the global economy.

He said he would hold a series of meetings this year with industry leaders in sectors ranging from aviation and water to fisheries, steel and agriculture, joking that "at the end of which I shall probably be dead".

Later he met with  teenage climate activist Greta Thunberg, who on Tuesday denounced the "empty words and promises" of world leaders and their message that children should not worry.

"Everything I have tried to do, and urge, over the past fifty years has been done with our children and grandchildren in mind, because I did not want to be accused by them of doing nothing except prevaricate and deny the problem," said Charles, who met Thunberg after his speech.

"Now of course, they are accusing us of exactly that."

The speech was Charles' first public appearance since his son Prince Harry sparked a crisis in the royal family by announcing he and his American wife Meghan wanted to cut back on royal duties and seek a more independent future.

However, Charles made no reference to the issue or to a deal agreed this week between Queen Elizabeth and the senior members of her family that means the couple will quit their royal roles altogether and spend most of their time in North America.

After leaving Davos, Charles will head to the Middle East, becoming the most senior British royal to pay an official visit to Israel and the Palestinian Territories.

While there, he will commemorate the liberation of Nazi death camp Auschwitz 75 years ago, as well as meeting Israeli President Reuven Rivlin and Palestinian President Mahmoud Abbas

Oh I don't know, Charles is a pretty big threat. The Earth's climate has been changing for millions of years, and it still is. The arrogance of these climate 'nutters' in maintaining they somehow have the expertise to change our climate is just breathtaking.