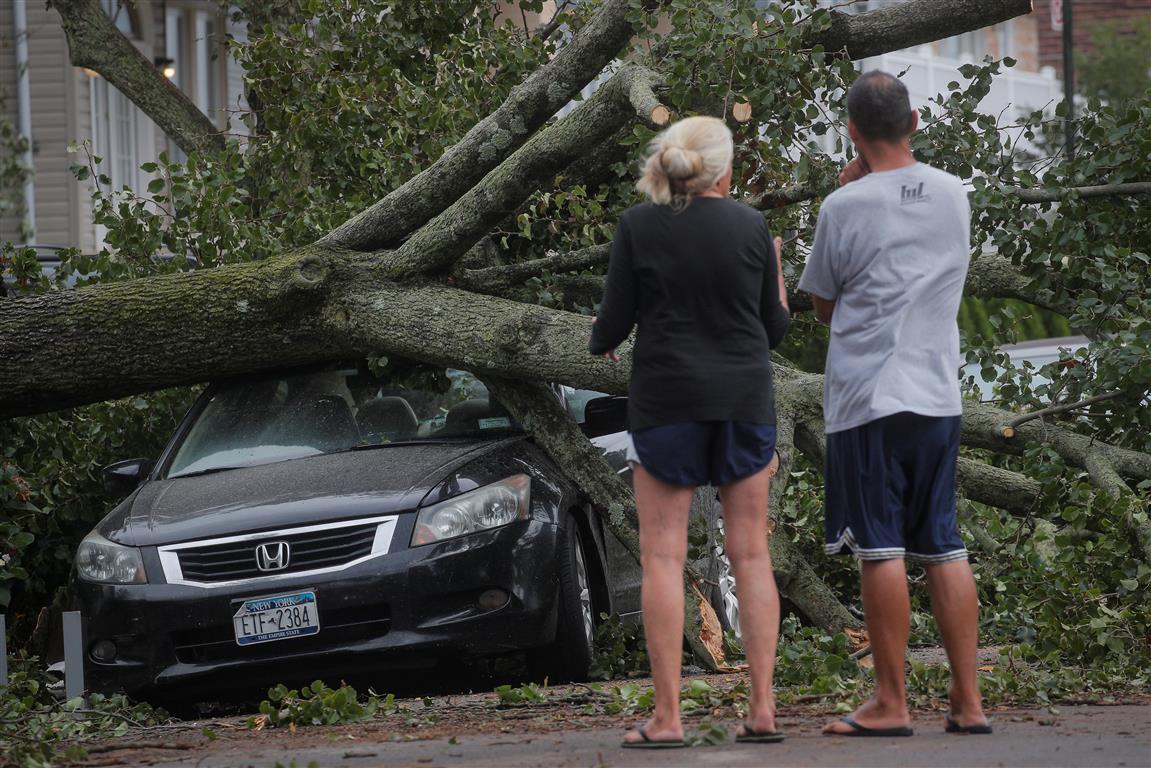 People look at a fallen tree on a car in the aftermath of Tropical Storm Isaias in the Rockaway area of Queens in New York City. Photo: Reuters
Tropical Storm Isaias triggered rare tornadoes and knocked out power as it raced up the US East Coast on Tuesday (local time), killing at least one man in New York City and two others in North Carolina where a twister obliterated a mobile home park.

In a country already reeling from the coronavirus, New York state officials shut down testing centres for Covid-19 as a precaution.

Stunned northeasterners gawked at tornadoes touching down and recoiled as officials announced warnings for a phenomenon more common in the South or Midwest.

New York City, much of New Jersey, all of Massachusetts and other parts of New England went under a tornado watch.

In Bear, Delaware, Tammy Trelford Campos said she was terrified to hear a tornado destroy her backyard.

"The damage is crazy. No power, almost all my trees are split or uprooted, water is coming in all windows," she said on Facebook.

The centre of the storm skirted west of New York City and was about 160km to the northwest as of 3pm (local time), the National Hurricane Center said.

One man died in the borough of Queens when a tree fell on his car and crushed it, officials said.

The storm made landfall as a hurricane in North Carolina late Monday, killing two people at a mobile home park that was reduced to a field of debris.

"There's nothing there," Bertie County Sheriff John Holley told WNCT television. "Vehicles are turned over. Vehicles are piled on top of each other. It's just very sad."