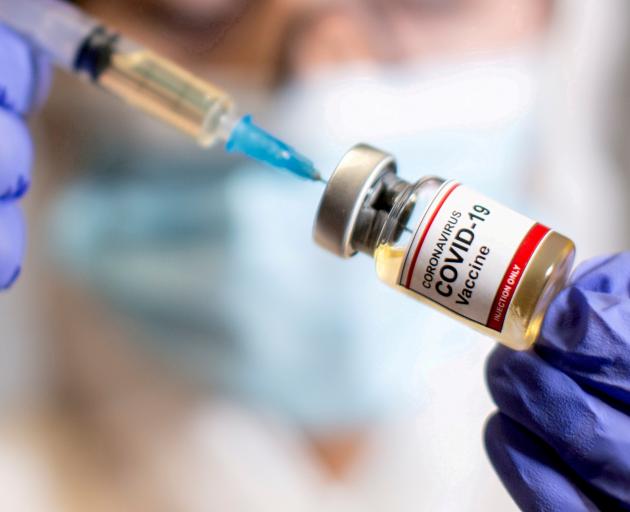 Prime Minister Boris Johnson has set a target of vaccinating the four most at-risk categories - encompassing roughly 14 million people - by the middle of February. Photo: Reuters
England will launch the next phase of its Covid-19 vaccination programme on Monday, offering doses to people aged 70 and above and those who are considered clinically extremely vulnerable to the coronavirus.

The vaccination programme - the biggest so far in Europe - has focused until now on people aged 80 and older as well as frontline health and care staff.

"Today is a significant milestone in our vaccination programme as we open it up to millions more people who are most at risk from Covid-19," British Prime Minister Boris Johnson said on Sunday.

"We have a long way to go and there will doubtless be challenges ahead - but by working together we are making huge progress in our fight against this virus."

Health minister Matt Hancock said more than half of all over-80s had now had a vaccination.

Britain - which has Europe's highest Covid-19 death toll - hopes progress with rolling out the vaccines will enable it to ease some of the economically damaging lockdown restrictions in March, foreign minister Dominic Raab said.

The government wanted all adults to have been offered a first vaccination by September, he said, adding: "If we can do it faster than that, great. But that's the roadmap."

Johnson has set a target of vaccinating the four most at-risk categories - encompassing roughly 14 million people - by the middle of February.

The government said that the first two groups in its programme would remain its priority but that vaccination sites which can take in more people will invite members of the next two cohorts for their shots.

Scotland, Wales and Northern Ireland have their own powers over health policy.