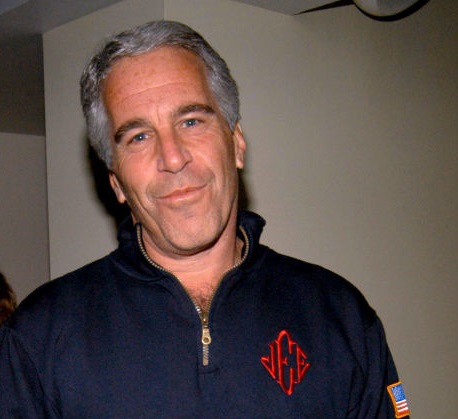 Jeffrey Epstein. Photo: Getty Images
A woman who said she was sexually abused by Jeffrey Epstein at the age of 14 is suing the disgraced financier's estate and a former associate.

Officials have begun a review of how Epstein (66) died of an apparent suicide in his jail cell in New York.

In the first of an expected wave of civil lawsuits, New York woman Jennifer Araoz (32) said on Wednesday she had just entered high school in 2001 when an Epstein associate brought her to the financier's mansion on Manhattan's Upper East Side, beginning a grooming process that led to months of sexual abuse including a "brutal rape."

The lawsuit in New York County Supreme Court is among the first of a series by women made possible by the state's Child Victims Act, which opened a one-year window to sue over alleged sexual abuse regardless of when it occurred.

Epstein, who once counted Republican President Donald Trump and Democratic former President Bill Clinton as friends, was found unresponsive in his cell on Saturday morning at the Metropolitan Correctional Center in lower Manhattan, according to the Federal Bureau of Prisons.

On Tuesday, psychologists began studying how the apparent suicide took place, according to a person familiar with the matter, reflecting the prisons bureau's policy calling for a "psychological reconstruction" following a suicide.

Another team at the jail on Wednesday began an "after action" review, which is normally triggered by significant events such as a prominent inmate's death, the person familiar with the matter said. That review will be headed by a prison bureau director from another region.

The reviews are separate from investigations by the Federal Bureau of Investigation and US Department of Justice's inspector general.

US Attorney General William Barr on Tuesday ordered the temporary transfer of Epstein's jail warden after condemning "serious irregularities" at the facility. Two guards were placed on leave.

Reuters has reported that guards on duty had failed to do a required headcount of all inmates every 30 minutes.

Epstein pleaded not guilty in July this year to charges of sex trafficking involving dozens of underage girls between 2002 and 2005. Prosecutors said he recruited girls to give him massages, which became sexual in nature.

Barr said the criminal investigation into any possible co-conspirators would continue.

Trump, meanwhile, has also called for an investigation into Epstein's death.

In her lawsuit, Araoz accused former Epstein associate Ghislaine Maxwell of facilitating Epstein's abuses by "ensuring that approximately three girls a day were made available to him for his sexual pleasure."

The other defendants in Araoz's lawsuit are all women who were not identified. The lawsuit said they worked for Epstein in New York, including a maid, a secretary, and a "recruiter" who helped procure underage girls for him.

Araoz told reporters on a conference call she was angry that Epstein's death meant he would never face her in court but wanted to exercise her legal rights in civil court.

"Today is my first step toward reclaiming my power Jeffrey Epstein and his enablers stole from me," she said. "They robbed me of my youth, my identity, my innocence and my self-worth."

The complaint described Epstein's massage room as having a ceiling painted as a blue sky with clouds and angels, "to give the appearance that you were in heaven."

It also detailed other allegations of misconduct by Epstein, including what she called an insinuation that she owed him because of the money he paid her.

Araoz also accused Epstein of having failed to use a condom during the alleged rape, which she said led her to suffer a "panic disorder" that was exacerbated by her father's recent death from AIDS.

Dan Kaiser, a lawyer for Araoz, said on the conference call that holding Epstein's "adult enablers" responsible was "a very large part of this story."

He called Maxwell a key figure in maintaining and concealing Epstein's conduct, although Araoz never met her.

"She is absolutely culpable for the injuries that these girls sustained," Kaiser said of Maxwell.

The civil lawsuits against Epstein's estate are expected to seek money damages.

It is not known if Epstein had a will. His lawyers last month said Epstein had about $US559 million ($NZ868 million) of assets, including two private islands and four homes, and that the Manhattan mansion was worth about $US77 million.

Epstein had previously pleaded guilty in Florida to state prostitution charges, as part of a non-prosecution agreement with federal prosecutors now widely seen as too lenient.

The US Attorney in Miami at the time, Alexander Acosta, resigned as US labour secretary in July as that agreement came under fresh scrutiny following Epstein's latest arrest.

On Monday, two of Epstein's accusers asked a federal judge in West Palm Beach, Florida to scrap portions of the 2008 non-prosecution agreement, including provisions that they said immunised Epstein's co-conspirators from criminal charges.

But lawyers who had represented Epstein said in a court filing on Wednesday that his death mooted the case, and that ending immunity for any purported co-conspirators required first giving them a chance to oppose it in court.