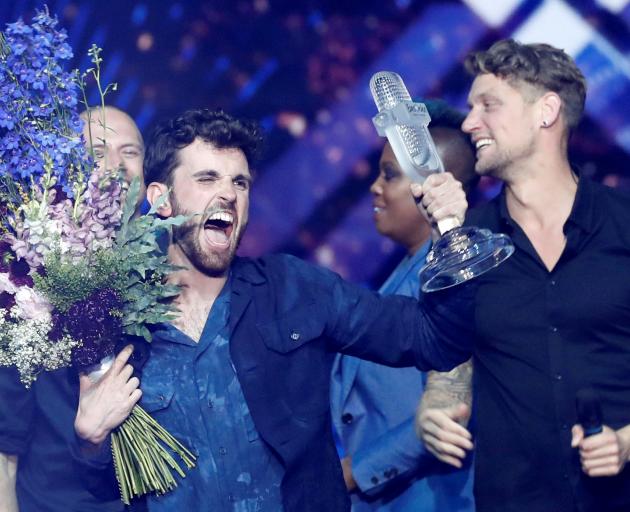 2019 winner Duncan Laurence from the Netherlands. Photo: Reuters
The Eurovision song contest, one of the world's largest television events, will not take place this year due to the global coronavirus outbreak.

"It is with great regret that we have to announce the cancellation of the Eurovision Song Contest 2020 in Rotterdam," said Jon Ola Sand, the executive supervisor of the event.

"The escalating spread of the coronavirus throughout Europe and the restrictions put in place by many governments ... make it impossible for us to host a live event as planned."

The contest has been held annually since 1956, and was expected to draw up to 200 million viewers and a live audience of tens of thousands for the final on May 16.

Organisers said they were not sure where the week-long event will be held in 2021.

Broadcasters and the city of Rotterdam will "continue a conversation" on hosting the 2021 contest, they said.

Eurovision features live musical numbers from each participating country - more than 50 in recent editions - reaching beyond Europe to Israel and Australia.

Countries vote for each other's entries in a complex system beloved by fans.

The organisation said postponing the event did not make sense, given that it is not known how long restrictions on travel and public gatherings will be in place.

It said a remote or digital version of the show "would not be in keeping with our values and the tradition of the event".

The Netherlands was to host the 2020 contest after Dutch singer-songwriter Duncan Laurence won in 2019 with a song called Arcade.

Sand promised the event "will come back stronger than ever".