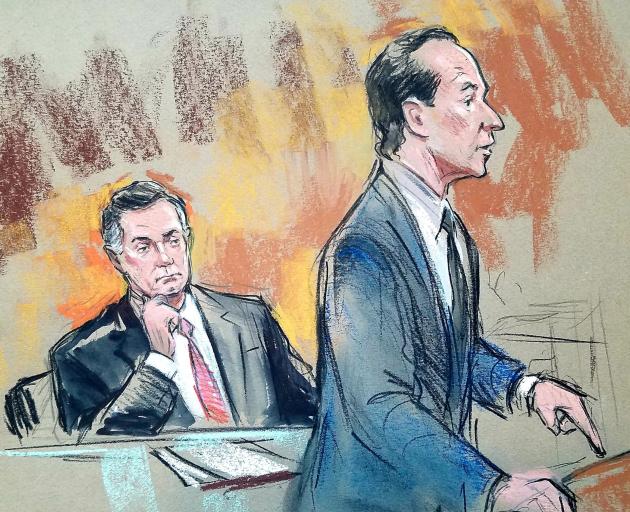 After months of refusing to assist Special Counsel Robert Mueller's inquiry into Russian interference and possible coordination between Trump campaign members and Moscow, Manafort finally took a plea deal on Friday and agreed to cooperate in return for reduced charges. Trump had previously praised Manafort in an Aug. 22 Twitter post as "a brave man" for his refusal to cooperate with the inquiry.

It is unclear what information Manafort, a longtime Republican political consultant who ran the campaign as it took off in mid-2016, could offer prosecutors but his cooperation might bring Trump, his family and associates under closer scrutiny.

The White House distanced Trump from the man who helped get him elected in November 2016 against the odds in a bitterly contested campaign in which he defeated Democrat Hillary Clinton.

"This had absolutely nothing to do with the president or his victorious 2016 presidential campaign," White House spokeswoman Sarah Sanders said in a statement. "It is totally unrelated."

Cornell University professor of law Jens David Ohlin said it was hard to predict what information a cooperation agreement will yield but that Manafort's deal could be a serious problem for Trump.

"If Manafort is willing to give Mueller information about Trump's contacts with Russia, whether the contacts were direct or indirect, then this really is a disaster for Trump and his associates." 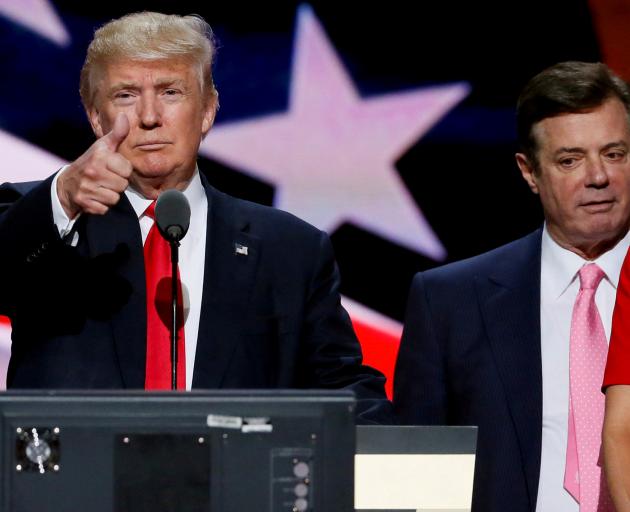 Donald Trump gives a thumbs up as his former campaign chairman Paul Manafort looks on. Photo: Reuters
Manafort, 69, pleaded guilty in a federal court in Washington on Friday to conspiracy against the United States - a charge that includes a range of conduct from money laundering to unregistered lobbying - and conspiracy to obstruct justice for his attempts to tamper with witnesses in his case. The prosecution dropped five other counts.

The plea, coming on the heels of a conviction in a separate case last month, concludes a steep fall from grace for a multi-millionaire who was often at Trump's side as he took U.S. politics by storm in 2016. The investigation has cast a shadow over the president as the leader of the Republican Party going into the Nov. 6 congressional elections that will determine whether or not Republicans keep control of Congress.

Mueller’s team told the court that Manafort had previewed what information he could offer, leading to the deal. The plea agreement requires him to cooperate completely with the government, including giving interviews without his attorney present and testifying before any grand juries or at any trials.

Manafort is facing up to 10 years in prison on the two charges in Washington alone, and another eight to 10 years on a conviction in Virginia in August on tax and bank fraud charges.

But depending on the extent of his cooperation and the degree to which prosecutors argue for reducing his sentence, Manafort could end up getting anywhere from a year to five years in prison, according to Mark Allenbaugh, a federal sentencing expert. “It would not surprise me if he got time served for both cases,” Allenbaugh said.

Manafort was convicted last month in Virginia on charges that pre-dated his stint on the Trump campaign and involved his work with pro-Russian politicians in Ukraine. The jury found that he hid from U.S. tax authorities $16 million he earned as a political consultant in Ukraine to fund an opulent lifestyle and lied to banks to secure $20 million in loans.

In court on Friday, Manafort stood stock still before the judge, answering her questions with single words in a low tone, or sat at the defense table. He sat straight or leaned his chin on his right hand throughout a lengthy recital of the charges to which he pleaded guilty.

Manafort made millions of dollars working in Ukraine before taking an unpaid position with Trump's campaign for five months.

Rudy Giuliani, the former New York City mayor who is representing Trump in the Russia probe, said Manafort cooperating with Mueller was not a problem for his client.

"He knows nothing harmful to the president and the plea is the best evidence of that," Giuliani told Reuters. 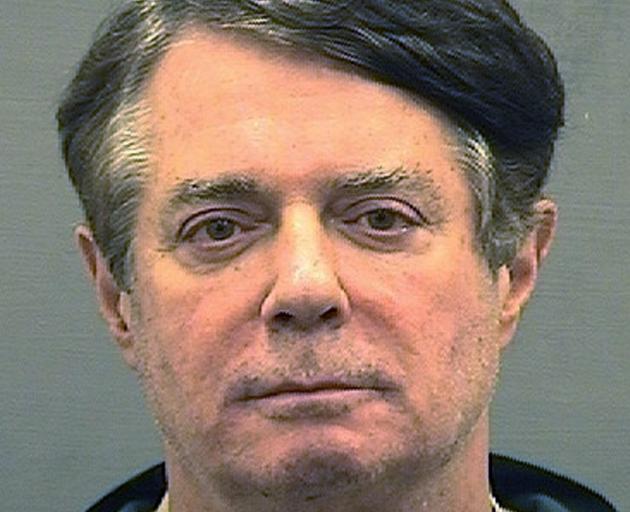 Former Trump campaign manager Paul Manafort is shown in a jail booking photo taken in Alexandria, Virginia. Photo via Reuters
Manafort was present at a June 2016 Trump Tower meeting with a Russian lawyer at which his son expected to receive possibly damaging information about election opponent Clinton. Trump's critics have pointed to the meeting as evidence of the collusion with Russia that Trump denies.

Later in 2016, Manafort oversaw the Republican National Convention that nominated Trump for the presidency. During the convention, the party’s platform on Ukraine was altered in a way that made it more in line with Russian interests.

Trump has the power to issue a presidential pardon for Manafort on federal charges. The president has not said whether he would do so.

Senator Mark Warner, the leading Democrat on the Senate intelligence committee, said any attempt by Trump to pardon Manafort "would be a gross abuse of power and require immediate action by Congress."

Prosecutor Andrew Weissmann walked the court through Manafort’s efforts over a decade to influence power brokers in Washington without acknowledging that he was being paid tens of millions of dollars from pro-Russian politicians in Ukraine, a disclosure required by law.

“Mr. Manafort engaged in a variety of criminal schemes. He did so knowingly, intentionally and willfully,” Weissmann said.

The plea agreement requires Manafort to forfeit millions of dollars worth of real estate, including a mansion in the Hamptons, a Brooklyn brownstone and an apartment in Trump Tower in Manhattan.

“He’s accepted responsibility," Manafort's lawyer Kevin Downing said outside the courthouse."He wanted to make sure that his family was able to remain safe and live a good life."