Customers smoke joints at the opening of the West Hollywood cafe. Photo: Reuters
Hollywood's three-martini lunch may be going up in smoke with the opening of the first restaurant in the United States where weed can be openly consumed. 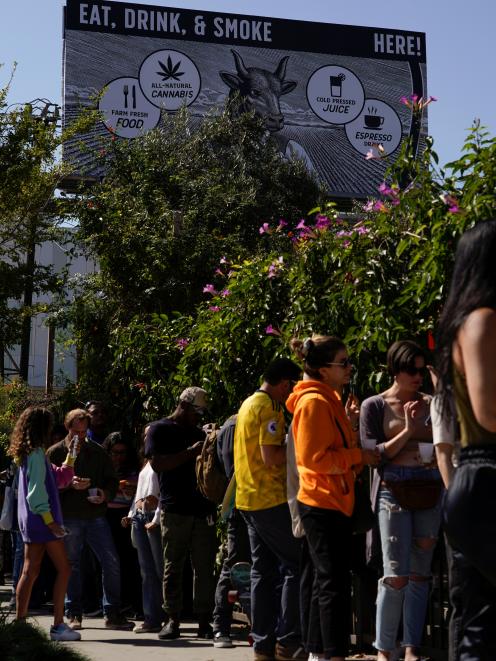 "We are excited to be that flagship, that benchmark, to show people that a cannabis business isn't something that is scary," said general manager Kevin Brady.

"It's something that hasn't been legal for 120 years," he added of the restaurant venture, which is funded by cannabis farmers Lowell Herb Co, whose backers include the likes of pop star Miley Cyrus, actor Chris Rock and comedian Sarah Silverman.

While the food served at Lowell Cafe will not be infused with cannabis, diners will be offered the services of a "flower host" who will advise how to pair different strains of marijuana with menu items and roll a joint at the table.

"Each day we will smell and taste the strains of the cannabis and offer pairings, much as you would do with wine pairings," said chef Andrea Drummer.

Californians have been enjoying cannabis-infused food in private homes and at dinner parties since the state began allowing sales of recreational cannabis in January 2018.

But Lowell Cafe is the first to open of eight cafes or restaurants that were awarded licenses by West Hollywood for public consumption, and the first in the United States. 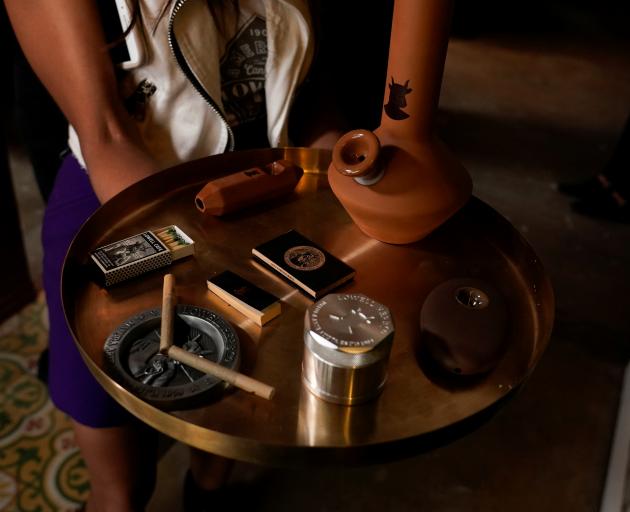 Diners will be offered the services of a "flower host" who will advise how to pair different strains of marijuana with menu items and roll a joint at the table. Photo: Reuters
The restaurant is aimed beyond Hollywood A-listers.

New Yorker Joy Alison Cohen, who was among the first customers on Tuesday, called the opening a "historic event."

"I've had to fly to Amsterdam to experience this. No more. We have better pot now too, so it is awesome," she said.

"We have families that are excited to come in and share it with their relatives and their grandparents. We have people that have reached out from Russia, Tokyo, Italy who want to plan their vacations to come here specifically for the cafe," said Brady.

The restaurant has an indoor and outdoor dining space and a high-tech air filtration system that managers say will scrub out the smoke and ensure that no diners go home high for free.

"They won't feel like they are walking into a Korean barbecue or a funny stoner comedy," said Brady.

The advocacy of marijuana under the auspices of freedom is perverse. Addiction is slavery, the reverse of freedom.

Dope makes you suicidal too. Suicide is not good for your well-being.