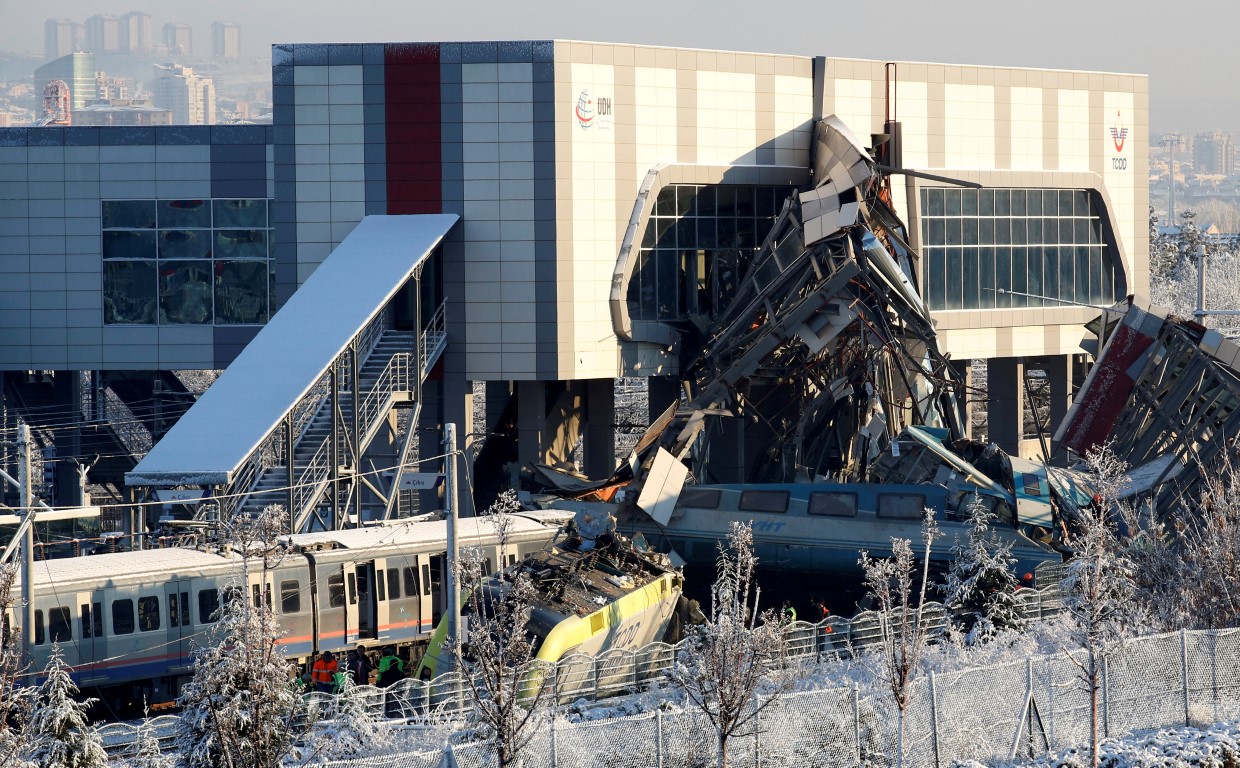 Rescue workers search the wreckage after the crash. Photo: Reuters
A high-speed train has collided with another locomotive and crashed into an overpass at a train station in the Turkish capital Ankara, killing four people and injuring 43, the local governor says.

Video footage showed emergency workers at the scene, working to rescue people from carriages trapped beneath the mangled metal wreckage of an overpass at the Marsandiz train station, to the west of Ankara.

The accident occurred around 6:30am on Thursday (local time) as the train was travelling between Ankara and the central Turkish province of Konya, the broadcaster said. The Marsandiz station is around 8km from the main Ankara train station.

Governor Vasip Sahin told reporters the crash was caused by the high-speed train hitting a locomotive which carries out track inspections.

It was not clear at what speed the trains were travelling when the crash occurred, but it occurred at a station where the Ankara-Konya train does not stop.

An official from the Ankara governor's office initially said the high-speed train had collided with a suburban train.