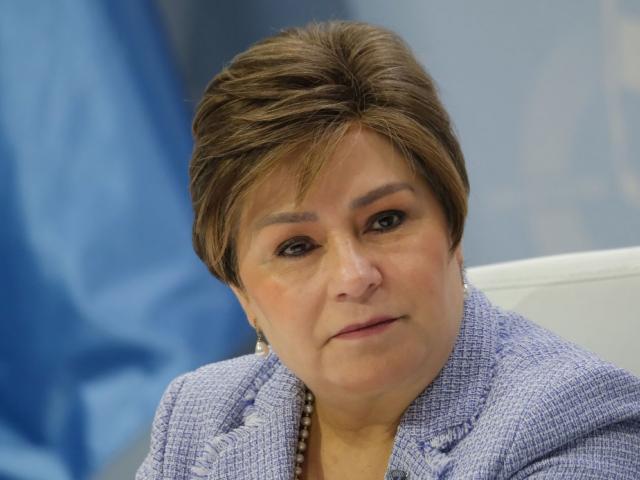 Patricia Espinosa. Photo: Getty Images
The coronavirus pandemic may have delayed the 2020 UN climate summit by a year, but for Jamaica, COVID-19 was no reason to stall delivering a stronger climate action plan, just completed as the Atlantic hurricane season starts.

Una May Gordon, director of the climate change division at the island's Ministry of Economic Growth and Job Creation, said the Caribbean nation aimed to submit its updated "nationally determined contribution" (NDC) to the global effort to battle climate change later this month, after approval by the cabinet.

Jamaica benefited from starting work on its second climate plan early, last July, and had already consulted with key sectors - energy and, this time around, forestry - before the coronavirus hit, Gordon told the Thomson Reuters Foundation.

If all goes according to schedule, Jamaica will soon join a handful of other countries that have already met a deadline to unveil more ambitious climate plans in 2020 - including Norway, Suriname, the Marshall Islands and Rwanda.

"It is an individual and a collective commitment," said Gordon of the plans, created to meet global aims to cut planet-warming emissions and adapt to climate shifts, set under the 2015 Paris Agreement on climate change.

"There is an expectation, however, that greater effort will be made by the big emitters since as small islands we are making this effort," she said.

This week, UN climate chief Patricia Espinosa appealed to governments not to let the economic and social fallout from the COVID-19 crisis derail their efforts to curb global warming.

On Monday, she told the opening of a series of meetings held to replace postponed negotiations that the pandemic may have temporarily changed how the world of climate diplomacy operates - pushing it online - but insisted it had not stopped the work.

"Climate change is our most pressing challenge over the long-term," she said, noting that 2019 was the second-hottest year on record, with losses from climate-related disasters costing $150 billion last year and expected to rise in future.

Under the Paris Agreement, about 195 countries agreed to upgrade their climate action plans every five years to try to meet the accord's aim of holding global warming to "well below" 2degC.

This year is the first deadline for such revised plans.

Global average temperatures have already increased by about 1.1degC since pre-industrial times and are on track to rise by at least 3degC this century if measures to reduce greenhouse gas emissions are not stepped up.

"This year is crucial because the window to address climate change is closing very fast," Espinosa reminded states.

The largest carbon-polluting countries have yet to announce more ambitious emissions-cutting targets - and many are now distracted by economic recession brought on by the COVID-19 pandemic.

Japan has simply repeated its existing target, but hopes to improve on it before the delayed COP26 conference in November 2021. The United States, under climate-change sceptic President Donald Trump, plans to exit the Paris pact this November.

The European Union aims by autumn to secure agreement to cut its emissions by 50-55% within a decade, from 1990 levels.

But this week a key summit it was due to hold with China in September - one analysts hoped might result in a united front for climate ambition - was postponed without setting a new date.

Mohamed Adow, director of Nairobi-based climate and energy think-tank Power Shift Africa, said COVID-19 should not be used as an excuse by countries to shirk delivering better climate plans in 2020.

Nor should it let rich nations avoid their promise to raise an annual $100 billion in climate finance for developing nations starting this year.

"COVID has shown us that trillions [of dollars] can easily be made available... when the political will is there," he said, referring to plans for huge coronavirus recovery packages.

African countries are continuing to work on stronger climate plans "because they know how vital this process is", he said.

But they may need to adjust some of their underlying calculations as economic growth and energy costs fall due to coronavirus-related lockdowns, he said.

Now is the time for African governments to shift away from "an old-fashioned energy system" based on fossil fuels and adopt renewable energy - a message that is increasingly resonating with ministers, Adow added.

Kenya is in the final stages of preparing its new climate plan, while Senegal's is also nearing completion, advisers said.

Gabon, on the west coast of Central Africa, also expects to submit an updated NDC in September or October, its climate change minister Lee White said.

As a country with extensive forests that already let it absorb more carbon than it emits, Gabon is unlikely to boost its current target of reducing emissions 50% by 2030.

But it is pressing ahead with operations to crack down on illegal logging while taking extra precautions to prevent the spread of the coronavirus, White said.

He does not see other African governments stepping away from climate action either.

Patrick Verkooijen, CEO of the Global Center on Adaptation, said he had spoken recently with African leaders who wanted a COVID-19 recovery there that would build resilience to both climate change and pandemics, shore up food supplies and improve access to water and sanitation.

With development aid likely to shrink as economies do, "there is huge concern that Africa is forgotten [now]," he said.

Yamide Dagnet of the NDC Partnership, a coalition assisting governments with their climate plans, said many officials in countries on the frontlines of wilder weather and rising seas were stretched thin as they also now had to deal with COVID-19, and might need some extra help and time to deliver their NDCs.

Gordon, Jamaica's climate change director, said it was too early to tell if the pandemic would damage the financial ability of countries to implement more ambitious climate plans.

"We expect that the international community will step up to the plate and... carry forward the climate agenda," she added.