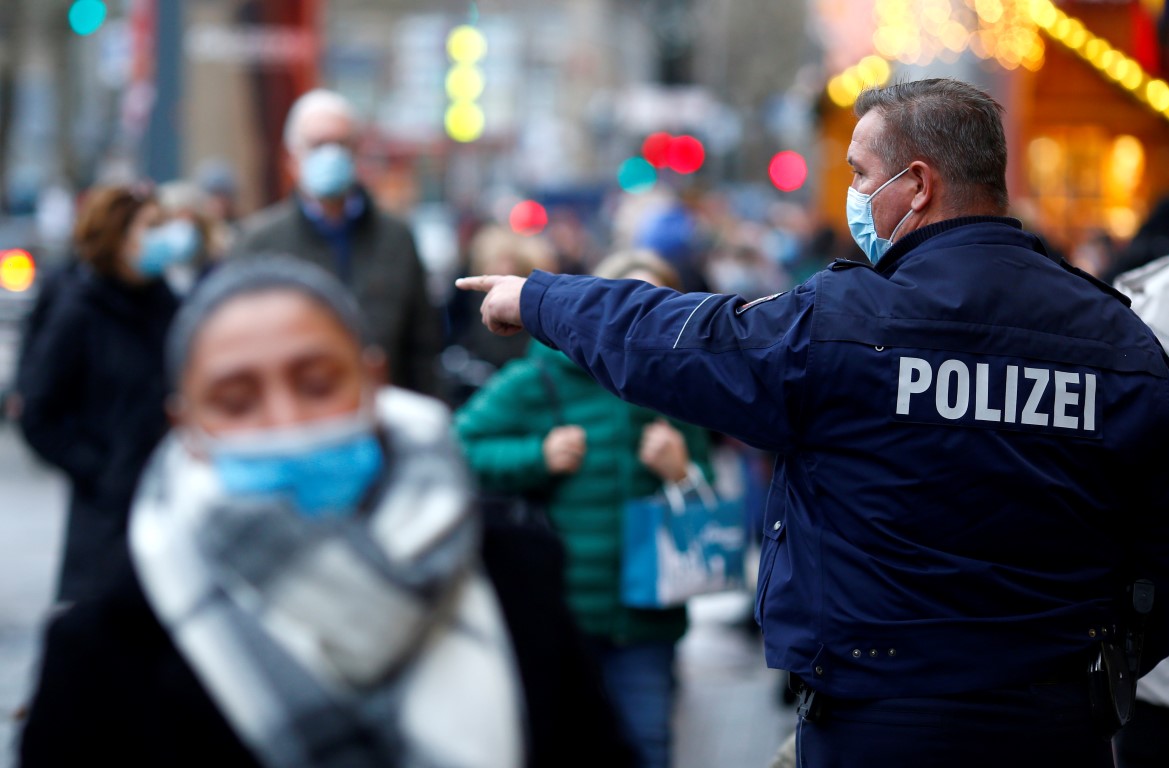 A police officer checks mask compliance in Cologne, Germany. Photo: Reuters
Germany has imposed restrictions on the unvaccinated as it seeks to break a dramatic surge in daily coronavirus infections exacerbated by the discovery of the Omicron strain.

Outgoing Chancellor Angela Merkel and her successor Olaf Scholz agreed with leaders of Germany's 16 states to bar the unvaccinated from access to all but the most essential businesses such as grocery stores, pharmacies and bakeries.

They also agreed to pass legislation in the national parliament to make vaccination mandatory.

Eager to avoid lockdowns that could derail a fragile recovery of Europe's biggest economy, they kept businesses open to the almost 69% of the population that is fully vaccinated as well as those with proof of having recovered from Covid-19.

"The situation is very serious," Merkel said during a news conference with Scholz, who is expected to be elected as chancellor by the Bundestag (lower house) next week. "The number of infections has stabilized, but on a far too high a level."

Merkel said an ethics committee will be asked to draft legislation to make vaccination mandatory and the Bundestag would debate and vote on the disputed measure in February at the latest.

Authorities fear the fourth wave of Covid-19 risks overwhelming intensive care units and on Thursday it resulted in more than 73,000 new infections and 388 deaths.

Virologists blame the renewed outbreak on resistance to vaccination by a significant section of society, and have criticised politicians for acting too late to rein in contagion.

Germany's vaccination rate of just under 70% is around the EU average but lower than countries like Portugal and Ireland.

There have been signs that the curve showing new infections is starting to flatten. The seven-day incidence among 100,000 residents fell for the third consecutive day to 439.2.

Merkel, who hailed the restrictions as a necessary "national act of solidarity," said that in regions where the 7-day incidence hits 350, steps such as closing nightclubs and music venues and limiting indoor events to 50 people would kick in.

Taming the virus will be a top priority for Scholz, whose Social Democrats will govern along with the progressive Greens and the pro-business Free Democrats. Scholz, who will formally take power next week, said Germany would seek to administer 30 million more jabs by Christmas. 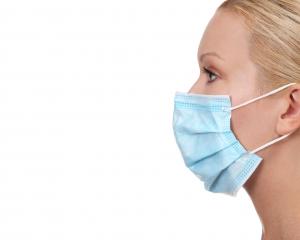